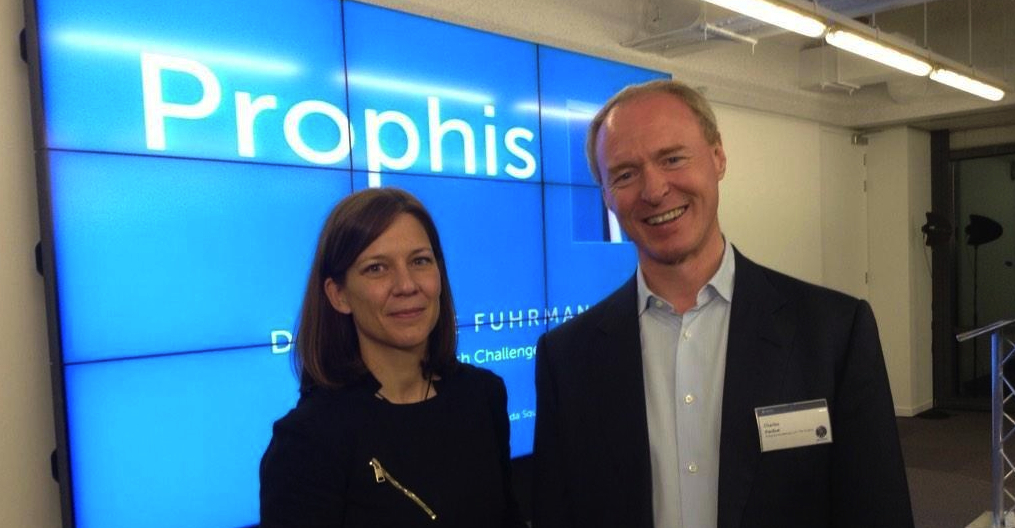 Prophis were named as the winners by Dassault Systemes’ Kevin Pleiter. Kevin congratulated Charles Pardue and Dorothee Fuhrmann, pictured above, who steered the winning team to victory.

One of the 3DFintech judges commented that “Prophis’ user-experience alone is worth serious money.”

Prophis provide an information and analytics system that brings insightful risk perspectives to the desktops of senior managers in the financial services industry.

During the competition, Prophis took the decision to change their name. The company were formerly known as Pontchartrain Advisors. Kevin joked that if they hadn’t changed their name, they might not have won!

Fellow Level39 members Heckyl finished a close second. Kevin Pleiter mentioned that the first and second placed teams were only separated after a long discussion in the judge’s deliberation room.

Heckyl is an analytical platform for traders and investors that collates over one million news-sources from all over the world.

Last year’s 3DFintech Challenge winner, Kusiri, are now based on Level39’s High Growth Space on the 42nd Floor of One Canada Square. Kusiri’s CEO Tim Clark was in the audience, and was quick to congratulate to new victors.