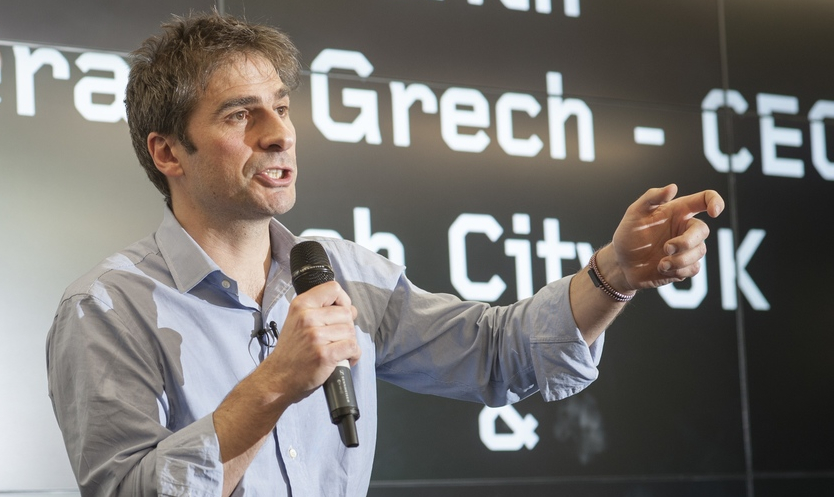 Gerard Grech will be at Level39 on the evening of Friday 9th May as part of DevLab. You can fire him your questions on twitter using the #AskGrech hashtag.

Tech City UK are great friends of ours at Level39, and it was a pleasure to welcome Gerard to #Birthday39 on 18th March to help us celebrate our first anniversary. On this occasion, Gerard joined Head of Level39 and former Tech City CEO Eric Van der Kleij on stage for a ‘fireside chat’. Everything was up for discussion – from what to expect from Tech City in the coming year to Gerard’s previous work in the music industry, including his work with this guy.

Now it’s your turn to put your questions to Gerard. The floor is yours!

Gerard is appearing at Level39 courtesy of DevLab’s conference day. In addition to the DevLab conference, DevLab are hosting a two-day hackathon over the weekend.

If you’ve got something techy on your mind, #AskGrech.