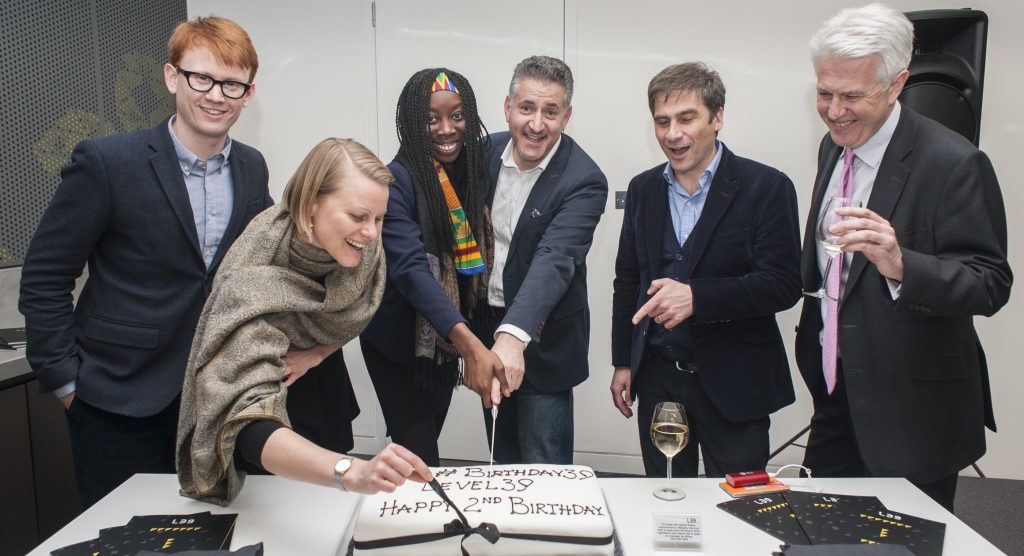 On Wednesday 18th March we celebrated our second birthday. The pics are now on our Facebook page!

We invited our members and friends to our place at Canary Wharf for an evening bash. The event took place exactly two years after Boris Johnson cut our digital ribbon.

To celebrate the occasion, Head of Level39 Eric Van der Kleij invited Gerard Grech to partake in their annual Fireside Chat about the UK’s tech scene.

Amongst other things, Gerard spoke of the cluster effect in UK tech, and shone a light on Tech City Uk’s ‘Tech Nation’ report – held proudly aloft by Eric below.

If you need proof that print isn’t dead, look no further – our Adizah Tejani also lauded Level39’s recent magazine, ‘Two Years On’, which you can read online here.

Then the party started in earnest, a lot of fun and revelry was had by all… More pics on Facebook here.

Also, as Eric announced from the stage, I (Ben Goldsmith) am leaving Level39. If you’ll indulge me just this once: thank you for everything over the last two years. It’s been fantastic to have been involved in such a brilliant project since the start. You’ve been fantastic. Stay in touch.