When Boris met our Robot 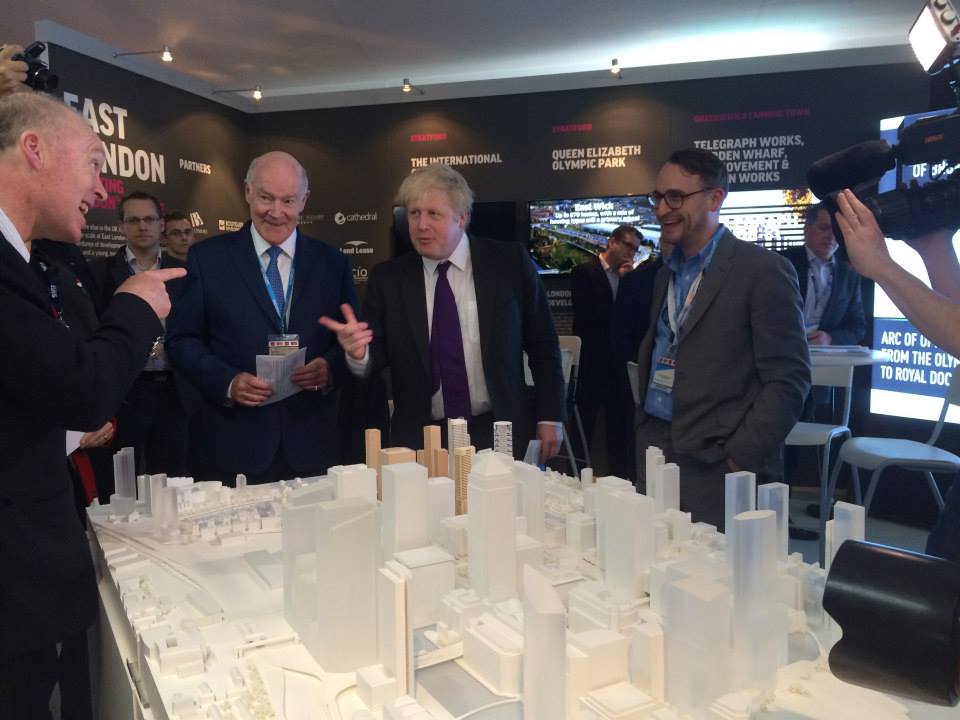 This week, Eric Van der Kleij has been flying our flag at MIPIM. He took our little robot, Sherlock, with him… you’ll never guess who he bumped into.

MIPIM is one of the world’s largest property conferences, and takes place annually in the South of France. We were there, both Canary Wharf Group and Level39, showing the gathered crowd what East London has got to offer.

Boris Johnson, one of London’s biggest champions on the international stage, was more than willing to hear what we had to say. So much so, he stopped for a coffee and a chat with our telepresence device.

In this snap above, Mr. Johnson is raising a glass of Scanomat coffee to our ‘bot, who is driven by Axel Katalan…

The snap above is of our own Axel Katalan chatting to the Mayor from the Level39 pantry.  Axel had a good look around too.

He check out the Wood Wharf model, which is an impressive sign of things to come here at the Wharf, and then found a crew of Dutch techies flying drones on the beach… MIPIM didn’t know what hit it.