CFTE announces the launch of the first Regtech online course 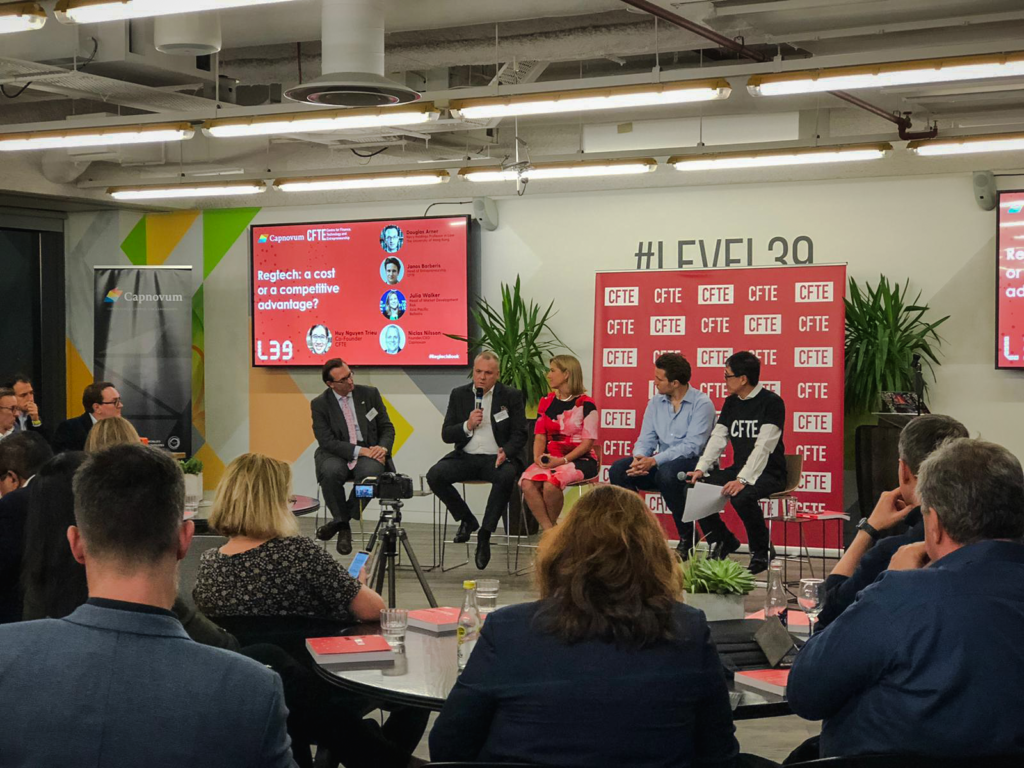 Level39 member CFTE has announced the launch of the Regtech Online Course. Announced during The Regtech Book Launch in front of more than 200 industry experts, the course will provide training in regulatory technology to institutions and individuals with use cases both from Europe and Asia.

The course aims to prepare its participants for the changing landscape of regulation including a compliance sector that is being transformed by new technologies such as AI, blockchain as well as increasing data availability and market transparency. The training will take a wide perspective and include RegTech topology, solutions exhibited by startups as well as implementation examples by banks.

The course co-convenors will include Janos Barberis (Founder of Supercharger) and Douglas Arner (Professor in Law from Hong Kong University). Additional lecturers and guest experts will be announced by the end of the year.

“The RegTech industry is at tipping. Whilst the last 2 years have focused on digitising existing processes, such as KYC, the next 2 will be about driving further efficiency in the financial market, and perhaps, more importantly, re-building regulatory architecture globally.” – said Janos Barberis, Founder of Supercharger and Head of Entrepreneurship at CFTE. “We expect the course to be a reference in the industry, used by regulators & financial institutions alike.”