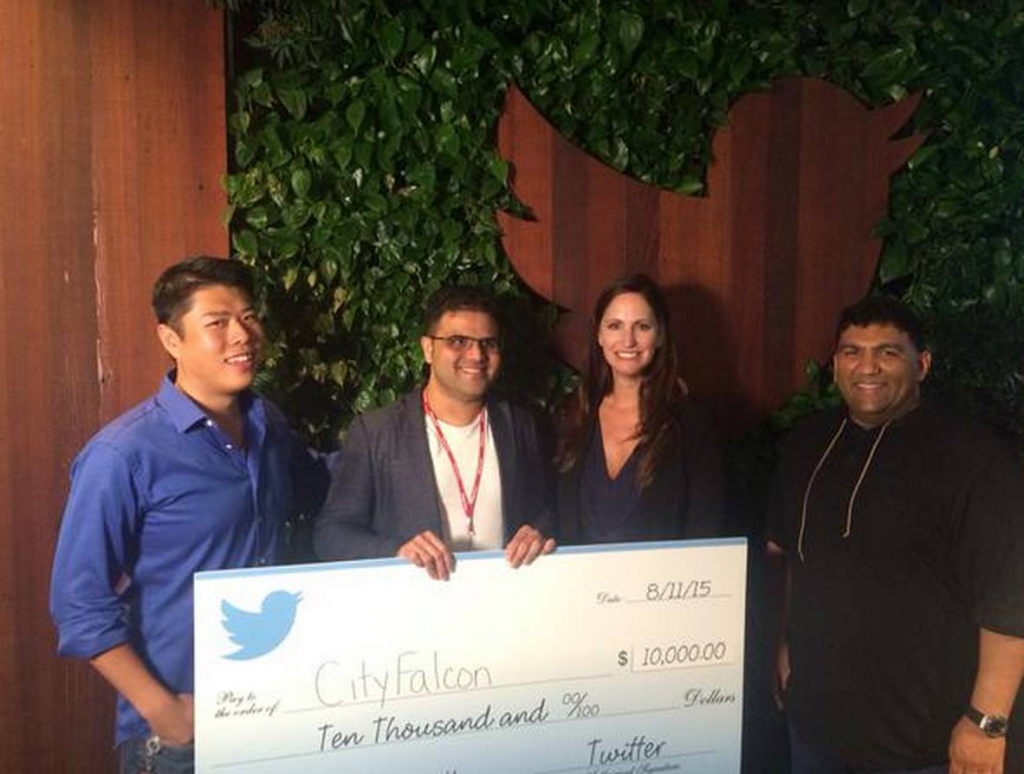 Now we’re delighted to announce that after gruelling days and restless nights in San Francisco – the CityFALCON team have secured runner-up prize in the competition, pocketing a $10,000 prize and strengthening their relationship with the Twitter team.

Watch this space for more exciting news from CityFALCON and find out more about the company here.

RiskSave needs your support for Pitch@Palace