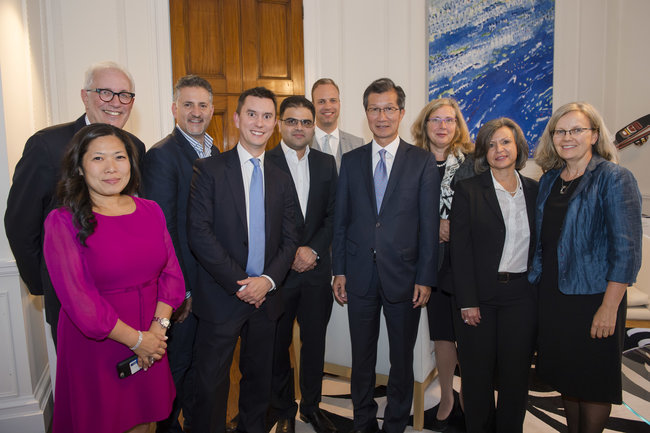 The content which identifies emerging technologies and startups in the fintech space whittled down CityFALCON as a winner after the application process and video interview.

Seeking to democratise financial data, CityFALCON’s proprietary algorithm takes data from more than 200 financial news publications and processes over 100 tweets a second. From this, users are able to select what assets they’re interested in and view information which is deemed most relevant by the algorithm and other users.

Ruzbeh Bacha, founder of CityFALCON, has been in Ontario for 2 weeks on an all-expenses paid trip, expanding his business with the support of Ryerson University’s DMZ, the Ontario Government’s UK office and Natwest/RBS.

“We are delighted to have won the competition. I am grateful for the opportunity to meet with such receptive and helpful people here in Ontario. This is a chance for us to gain insight into the greater Toronto startup community and build meaningful relationships in Canada to scale up the business,” Bacha said.

L39’ers nominated; Remitia victorious in startup of the year award