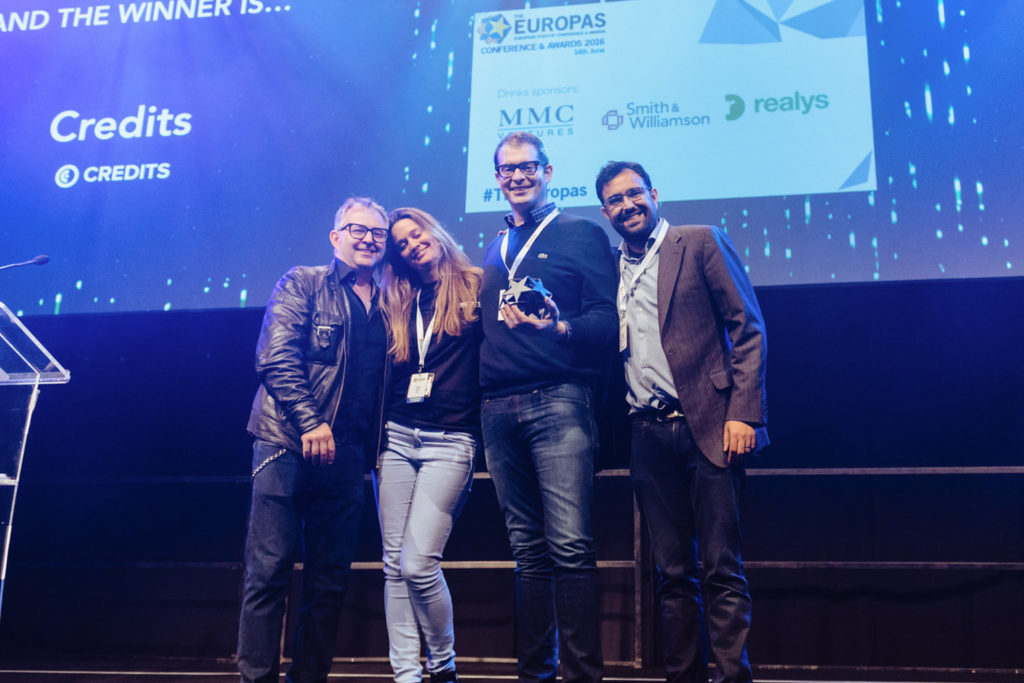 Up against the likes of Clearmatics, EverLedger, Provenance, Slock.it, Stampery, Setl, Traminix and SatoshiPay – Credits beat off strong competition to take home the prize.

Most recently, Credits teamed up with cloud services provider Skyscape to help the public sector tackle a number of issues with the power of a distributed ledger.

From the final shortlist, winners were chosen by a combination of industry votes and judges. Judges for the event include investors, journalists, entrepreneurs and developers from across the tech industry.

Level39 were the platinum sponsor for The Europas – and a sponsor of the event for the third year running.

Head of Ecosystem Development Adizah Tejani sat in on a panel reverse-pitching Level39 to a crowd of techies alongside Techhub, Startupbootcamp and 500 startups. Head of Level39 Ben Brabyn also took to the stage, presenting the ‘Best Startup Founder’ to Deliveroo.