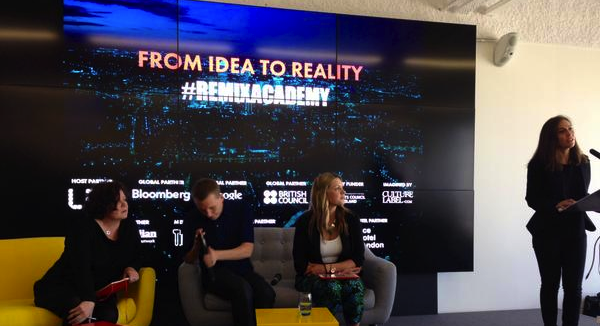 The Remix Academy was described as a ‘radical new approach to training in the cultural sector.’ Full details of the new organisation can be found here.

A series of masterclasses will be delivered by sector-specific experts in different areas of technology, retail, marketing and business. The Academy is being run in conjunction with The Arts Council. ACE’s Chief Executive Moira Sinclair was keen to highlight the potential for collaboration afforded by this new project:

“Our cultural leaders don’t need lessons from business on how to ‘fix’ things. We need to learn & work together… Who knows, maybe in a few years time the Arts Council’s tagline will be ‘The Arts Accelerator’!”

The announcement of the REMIX Academy was made ahead of an event that brought together the tech, entrepreneurship and cultural sectors. The agenda included the likes of Peter Williams, the founder of Jack Wills, Andrew Miller, CEO of Guardian Media Group, and familiar faces Rohan Silva and Eric Van der Kleij.

We are genuinely excited to host Culture Label’s REMIX event at Level39. Eric has appeared on the agenda of a REMIX event, talking about how Level39 is creating a culture of tech innovation at Canary Wharf.

Follow the #REMIXACADEMY hashtag for live updates throughout today’s event, @Level39CW will be tweeting.