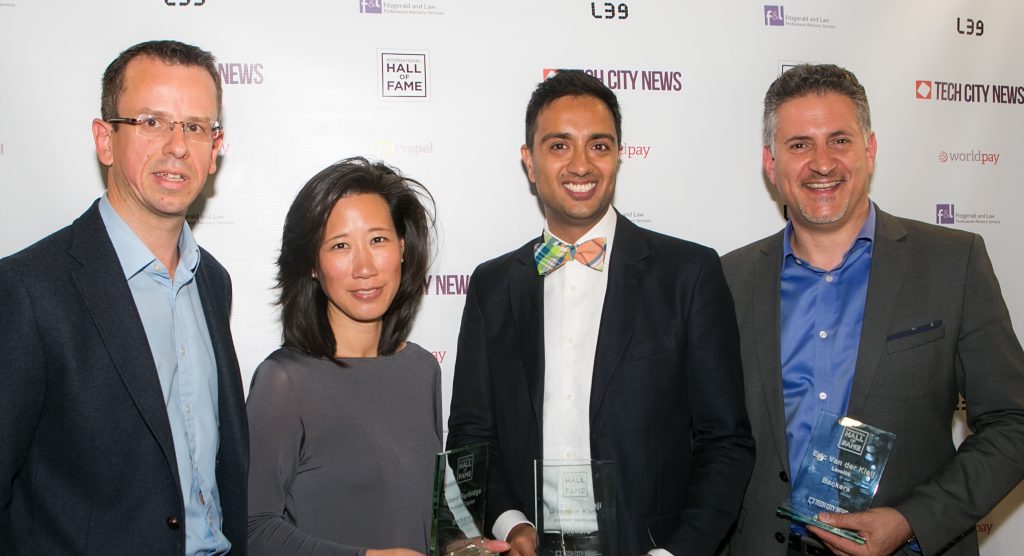 Head of Level39, Eric Van der Kleij, was yesterday announced as one of the first entrepreneurs to be included in Tech City News‘ International Hall Of Fame.

Eric was one of five ‘backers’ to be included into the inaugural Hall Of Fame. The ‘Backers’ category recognised those individuals who helped companies achieve growth either through the support offered by accelerator or incubator space, or through VC or angel investment.

Eric keeps very good company in the Hall of Fame, and you can check out the rest of the winners here.

Dr. Vince Cable, Secretary of State for Business, Innovation and Skills, awarded the showpiece award to Damian Kimmelman of DueDil. In recognition of everything that DueDil have achieved, Dr. Cable presented Damian with the first ever ‘International Entrepreneur of the Year Award’.

Technology has long held a progressive attitude when it comes to immigration, and the migration of top tech talent into the UK. Dr. Cable echoes this sentiment in his closing remarks, commenting on the innovative verve that is brought to the UK by the migration of talented individuals, “there is always a positive energy and entrepreneurial drive accompanying waves of immigration into the UK.” You can read Tech City News’ piece on the subject here.

A massive congratulations from everyone at Level39 to Eric!