The Future of Blockchain & Crypto: Where do we Go from Here? 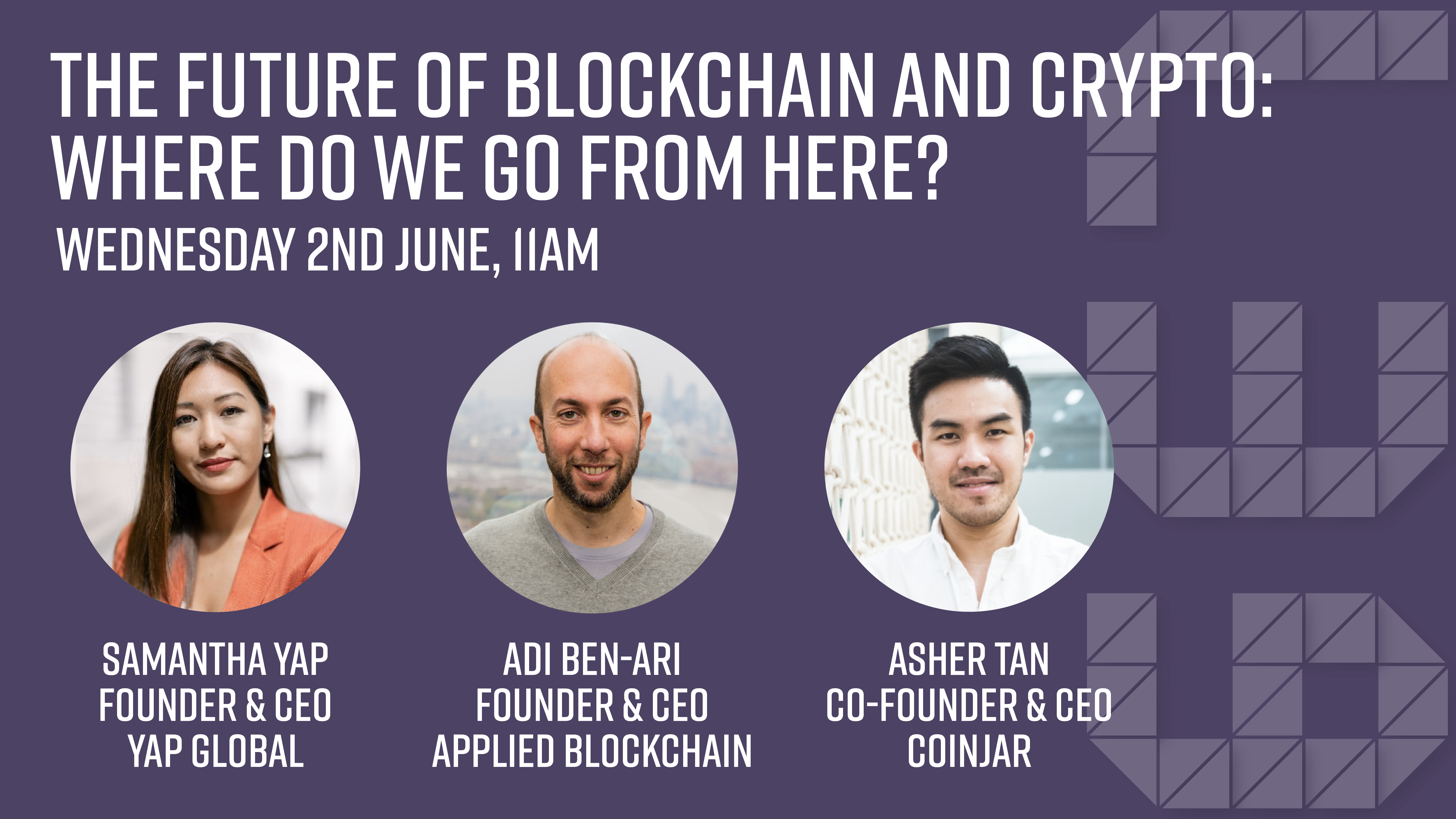 Join us for a discussion with three Level39 CEOs positioned at the forefront of blockchain and cryptocurrency tech!

In Mid-April the price of Bitcoin surpassed $64,000, whilst in the same month Coinbase, one of the world’s largest cryptocurrency exchanges, went public and listed on the NASDAQ, in a landmark moment for the global industry. 2021 is proving to be a record-breaking year for cryptocurrency, attracting ‘day traders’ and retail investors to a greater extent than ever before.

There remains significant speculation over the future of cryptocurrencies globally, and its underlying ledger technology, blockchain. Sceptics argue that without more sophisticated uses for cryptocurrency the speculation fuelled ride will be coming to a dramatic end. Whilst others argue that we are just at the beginning of the road for these technologies, with new applications and advancements set to unlock near endless possibilities.

The panel session will be moderated by the Head of Level39, Amy French, and conclude with a Q&A where the audience will have the opportunity to pose questions to panellists.