FinTech Takes on the VCs – An Innovate Finance event 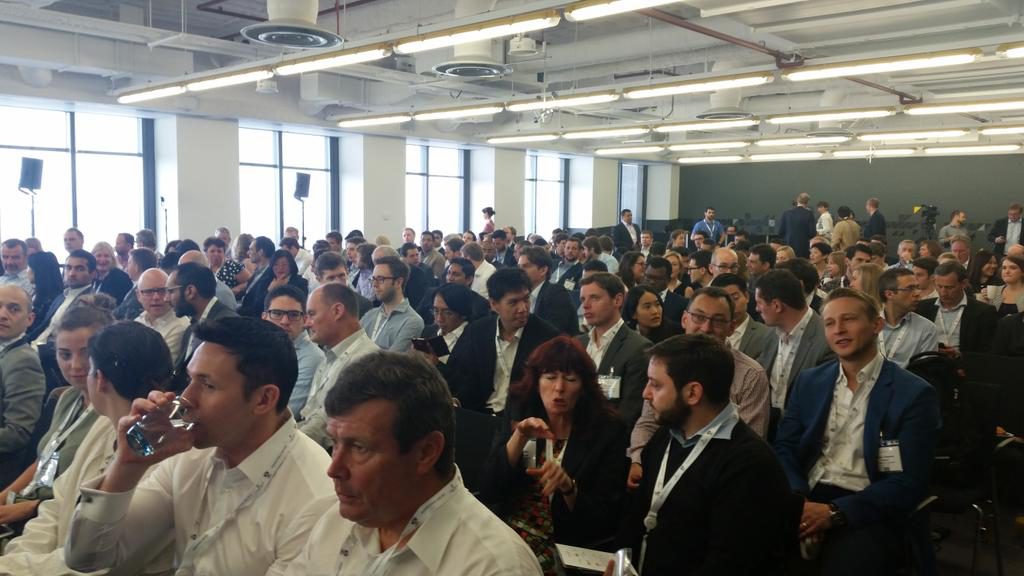 The fourth Innovate Finance event “Money Talks — VCs Take the Stage” during London Technology Week turned the tables and put the VCs on stage in front of a ‘dragon’s-den’ style panel of entrepreneurs. Could it be time for disruption in an industry that specialises in spotting disruptors?

Global investment by VCs has risen at an unprecedented rate in recent years. London-based companies raised a record $682m in VC funding during the first three months of 2015, more than the entire amount raised in 2012. It is clear that these are good times for VCs, judging by the comfortable and relatively uncompetitive pitches that the VCs delivered as well as the swarms of entrepreneurs that surrounded them once the event had wrapped up. It seems that when it comes to FinTech, VCs have no trouble attracting interest from startups, so are they resting on their laurels and what happens when they’re made to pitch for themselves?

Who are the VCs afraid of?

Although the VCs on stage all had something different to bring to the table during their pitch, Louise Beaumont, Head of Public Affairs and Marketing at GLI Finance, rightly pointed out that during their pitches none of the VCs mentioned their competitors. Is it because they know that they will attract startups regardless of how good their pitch is or is it because although they expect startups to compete against one another for funding, they don’t necessarily expect to compete against other VCs?

VCs want an ecosystem, not a competition

Nicolas Sharp from Passion Capital suggested that they are not out to battle without other VCs, ultimately, their aim is to support the ecosystem. In fact, over 50% of Passion Capital’s investments are collaborative. In a similar manner, Zach Tan from Infocomm contended that very often VCs fund the same startups and, in doing so, compliment each other by offering different skills and experience to the startups they work with, this echoed Alain Falys’ later call that VCs need to contribute skills to the business.

However, in reality, this is not always the case. To get in on startup deals, VC firms often outbid each other, which is one of the primary reasons tech firm’s valuations have reached dizzying heights over the last few years. What’s more, VCs increasingly face competition from alternative sources of funding.

The “seed stage,” when a startup first raises money, is increasingly vulnerable to disruption. Angel investors, in particular, are rapidly moving into the space. In the US, there are over 300,000 active angel investors. This is set to increase as firms can now also solicit funds on social networks for founders and angels such as AngelList. An increasing number of startups are now launched through crowdfunding platforms, where they can either raise equity or money for pre-sold products. According to Massolution global crowdfunding experienced unprecedented growth in 2014, expanding by 167 percent to reach $16.2 billion raised, up from $6.1 billion in 2013. This is set to increase to $34.4 billion in 2015, surpassing VC which averages roughly $30 billion per year.

VCs are also susceptible to disruption at the other end of the financing spectrum, the “late stage.” Large institutional investors are providing high-growth startups with much of their capital in what is essentially a “private IPO.” According to CBI insight, for tech firms, private IPOs now outnumber public ones.

Competition at both sides of the funding spectrum threatens to squeeze out smaller, weaker funds, many of which have already subsided. This trend is made worse by the fact that startups are increasingly connected and able to discuss their experience with different VCs either online or at one of the many conferences. Many of these only want to work with the firms with the biggest names and best reputations.

In an almost ironic twist, VCs are primed for disruption by the disruptive FinTech industry they are so keen to place their stakes in. However, given the sway VCs continue to carry in the start-up and series A investment space, one wonders if those looking to disrupt traditional models of investment will even receive capital to get on with job.

For VCs to stay in the game, they will have to ensure that they are able to offer startups a better deal than their VC competitors as well as crowdfunding platforms, angel investors or institutional funds.