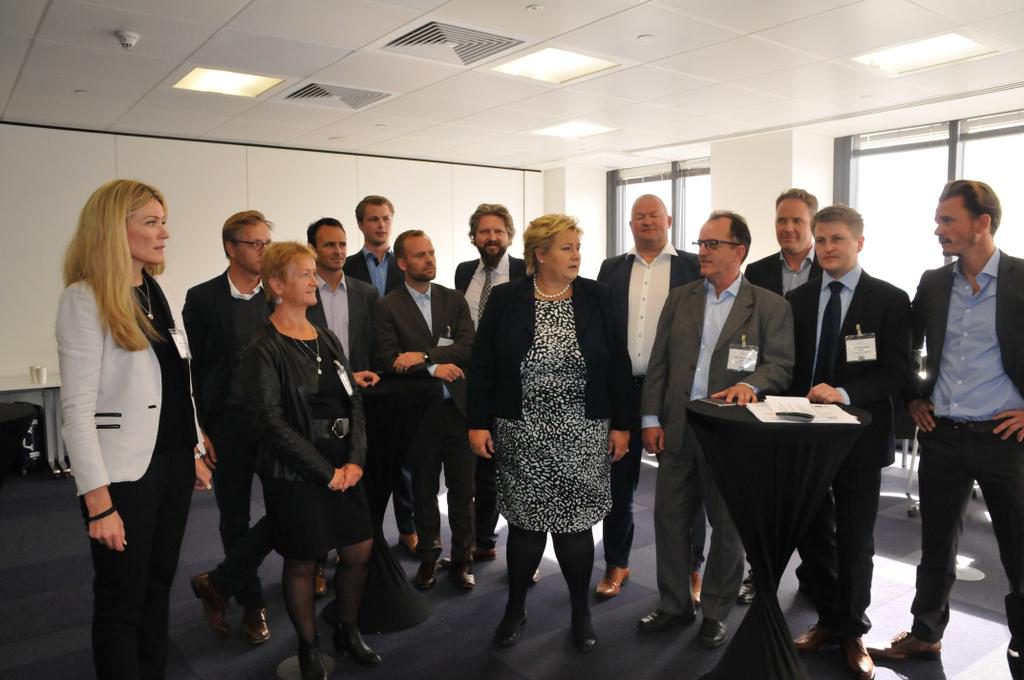 VIPs from the Norwegian Government, Embassies, Innovation Norway and Norwegian-British Chamber of Commerce descended upon Level39 for a day of debate and discussion around sustainable business, entrepreneurship and of course…’dugnad’.

To coincide with the Sustainability Summit event and the start of the TEA programme here at Level39 – we had the pleasure of hosting Elna Solberg, Prime Minister of Norway, Mona Juul, Norwegian Ambassador to the UK, Amber Rudd, Secretary of State for Energy and Climate Change and more.

Elna kicked off proceedings with a keynote address to a packed out Space39 – touching on Norway’s plans for sustainable business, changes to the Sovereign Wealth Fund with regards to immigration, how the 1991 ‘carbon tax’ encourages innovation and frequently injecting a traditional word into the mix: dugnad.

From the old Norse word ‘dugnaðr’ – it refers to unpaid, voluntary, orchestrated community work. A reference to collaboration on green solutions in the future, perhaps?

Following Ms. Solberg came our very own Secretary of State for Energy and Climate Change, Amber Rudd. Rudd re-emphasised the importance of clean energy, touted by her as the ‘only future’ for energy before moving onto a discussion around the potential selling of wind power and interconnectivity with Norway. Rudd went on to hail Level39 as ‘a beacon of innovative smart green technology’ – a fitting award after Canary Wharf Group’s hugely successful Cognicity Programme initiative!

As expected COP21 was a key theme of the day – with Rudd stating a climate deal was needed to keep global warming beneath the two degree increase limit as currently accepted.

“Paris is not a done deal. Still a lot of tension to bring everyone to the table” #COP21 @AmberRudd_MP #GreenSolutions

After lunch – we heard from a distinguished panel which included the CEO the Central Norway Bank, Norges, Yngve Slyngstad, to discuss whether green investments are profitable (which, by the way, Slyngstad hammered home as a clear affirmative) and discussion around the Norwegian Governments Pension Fund which develops its portfolio not only with new green investments – but by removing unsuitable ones too.

And a fun fact for the day: There’s a geothermal energy source 2km underneath the streets of Paris.

Later on in the day came sessions on sustainable food featuring representatives from Young’s Seafood Ltd, The EAT Initiative and The Bellona Foundation before a panel on Sustainable Action featuring our very own Head, Eric Van der Kleij.

Van der Kleij touched on his experiences with policy during his Tech City UK tenure, the forward-thinking approach to change as exhibited by the Canary Wharf Group and of course, the Cognicity Programme, which saw some of the world’s most exciting smart-cities technologies all grow their businesses here at Level39.

Co-inciding with the Sustainability Summit was a day of introduction and mentoring for the dozen Norwegian companies who will be joining Level39 for the next six months as part of the TEA programme.

The programme places Norwegian companies with potential for growth and internationalisation and drops them into the heart of the action; here at Level39 – where they’ll have access to our network of investors, mentors, advisors and more – all to help them succeed. 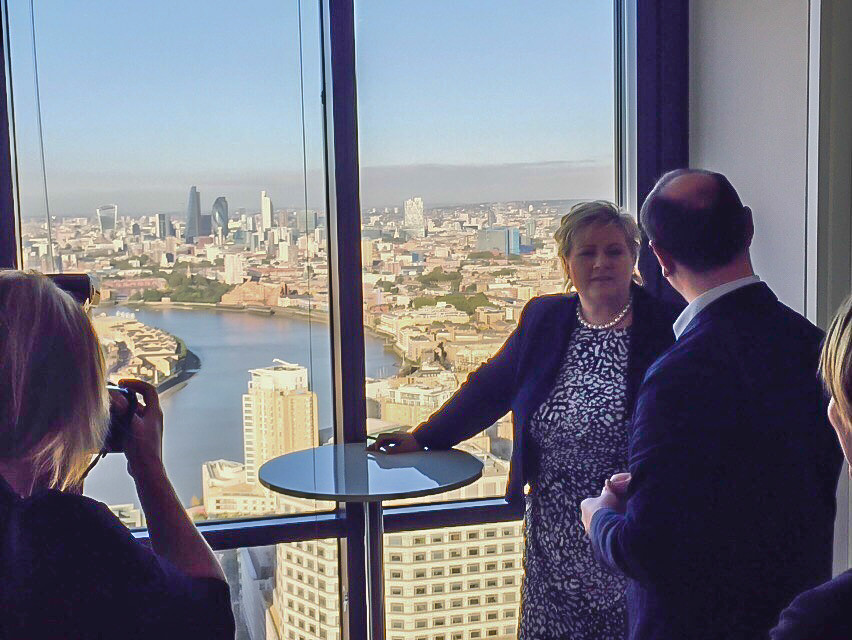