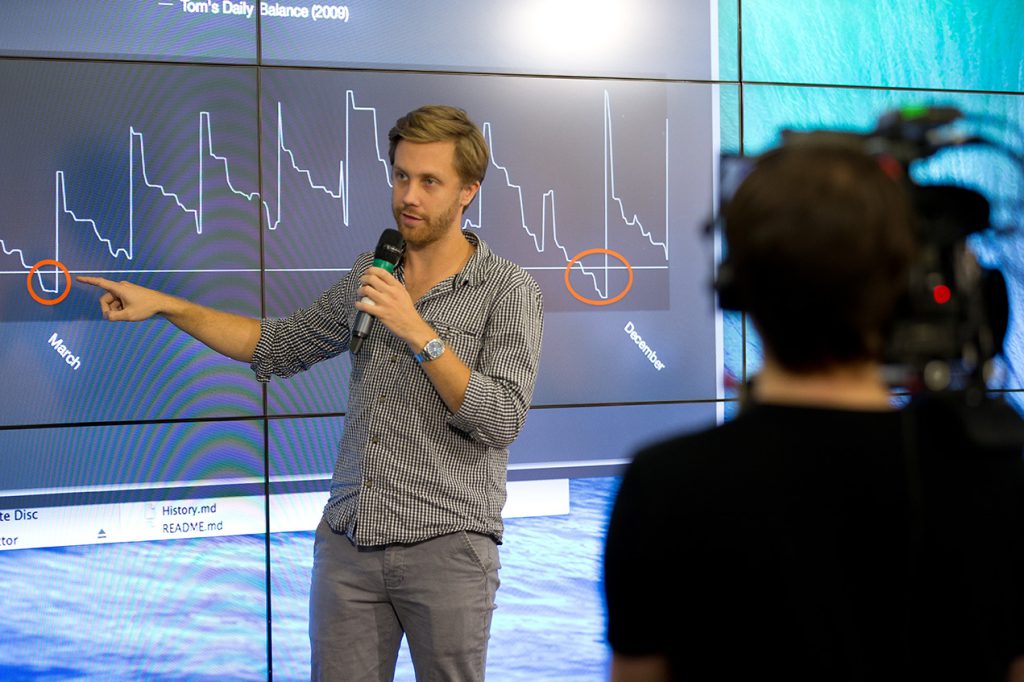 Organised by Level39 and OpenBankProject, #HackMakeTheBank brought together coders, computer scientists and entrepreneurs from across London to help make banking better.

The hackathon was hosted across two days at Level39. The 48 hour experience concluded the teams receiving  constructive feedback from a judging panel.  Some hackers were encouraged to continue developing their idea after the hack had ended, such was the quality and originality of their ideas.

See below for a rundown on the ideas that were formed:

KnowMe: This team aimed to improve the payment procedure so customers would not need to provide several different parties with their personal data. The team suggested that a person’s details could be stored in one ‘KnowMe’ database, which would be securely shared with retailers and the recipient of the payment. Therefore, the customer would only need to share their data once, rather than on several occasions.

Quote Interface: These guys wanted to innovate existing payments and invoicing systems by looking at the invoicing market in a different way.

Bank API Hack: The next one man ‘team’ had hacked a very well known bank’s app! The intrepid hacker threw the code that he had made available up onto the screen behind him. He explained that he could, using this code, make bank transfers and carry out other tasks.

Smart Travel: This particular team aimed to predict the value of currency before travelling. Their service would forecast the best method of transaction depending departure point, destination of travel, and the travel time.

CharityBeSure: This team aimed to make charitable donations more transparent by enabling the ‘donator’ of money to see where in the world their money was sent. For example, if they believed that their money was being sent to Libera, it would arouse their suspicion if the money ended up in Japan.

International Mortgage Finder Level39 member Peter Harris of Mortgage27 wants foreign buyers to be able to see UK mortgages compared in their own currency so that they can relate the costs to their current local income. He used the Mortgage27 Comparison API to deliver the cheapest mortgages in the UK and then converted the monthly mortgage payments and fees into any selected local currency with the Currency Cloud API.

Syndik8 Team Syndik8 aimed to bring crowdfunding and the mortgage markets closer together. Their system would enable a user to list their desired property on the site, and  to ask the community to club together to buy it. When the crowdfunding community reaches the target and owns the property in question, the user will be able to move into the house in question, and pay rent to the community of crowdfunders.

Rogue Bankster: This inventively named team created a risk analysis system that assessed how ‘high risk’ an individual was based on their social media activity. This information could help providers of loans and insurance offer more accurate, tailored rates.

Underdraft (pictured above): The Underdraft team noticed a common trend: most people’s current account reaches its optimum point just after payday, and then it ticks down until it dips into the overdraft momentarily, before escalating back into the dizzy heights of payday once more. Underdraft used this trend to offer a service that would intercede before a user’s current account dipped into the red. They would offer a short-term loan just before the user’s bank account dipped into its overdraft. The user would then be able to pay back the loan as next month’s pay rolled in.

A selection of expert mentors assisted the teams throughout the 48 hour hack as they crafted their solutions.

IBM’s Angela Bates enjoyed the immersive experience, commenting that “we don’t have all the answers, so it’s great to get some new and fresh ideas”

As this was a Level39 hackathon, the hackers were treated to a few surprises: The teams were provided with freshly-baked cookies, build-your-own hotdogs and two live artists over the two days! See below for live art that was created to depict the pitches…

Keep your eye on the Level39 Facebook page for a gallery of images from the hack, and thanks again to our sponsors who helped make this happen – IBM and TEMENOS.