Level39 calls for support of the CyberUp Campaign 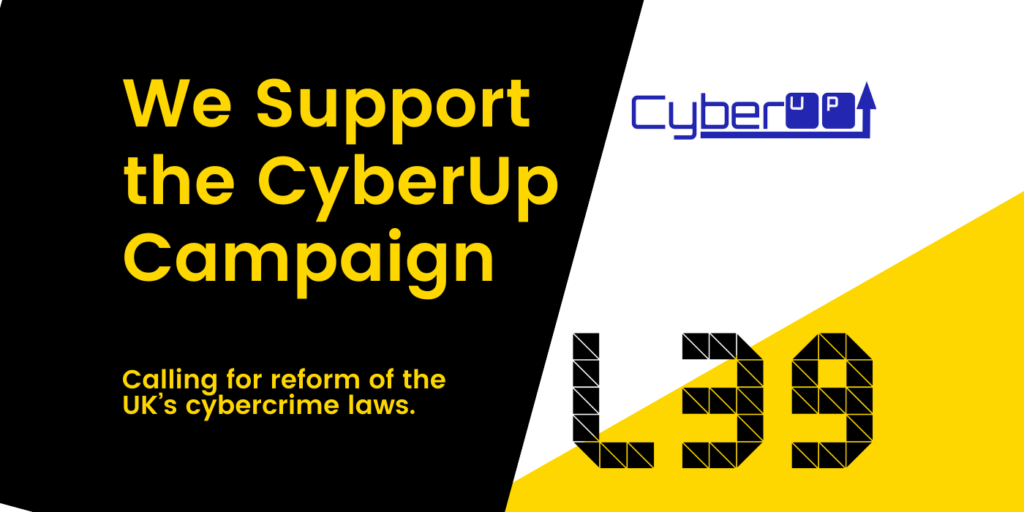 Level39 are proud supporters of the CyberUp campaign – calling for reform of the UK’s outdated cybercrime laws. Being a home to 200 tech start-ups including many from the cybersecurity sector, we feel strongly about protecting them by voicing our advocacy and lobbying for immediate change.

Last week the Government announced a review into the Computer Misuse Act and a call for evidence, to be submitted prior to 8th June.

“Since the Act was passed 30 years ago, our reliance on the digital world has increased enormously and we are now critically dependent on the internet. The call’s aim is to identify whether there is activity causing harm in the area covered by the Act that is not adequately addressed by the current offences.  https://www.gov.uk/government/consultations/computer-misuse-act-1990-call-for-information

Amy French, Director of Level39, commented, “As one of the world’s largest tech communities, Level39’s aim is to support its member companies, offering access to opportunities and initiatives to help them achieve scale. We are supporting the CyberUp campaign to help voice and tackle the negative impact the Computer Misuse Act is having on cyber security companies, and we are proud to see that the coalition involves some of our alumni members, such as Digital Shadows and Security Alliance. We recognise the imperative part in which cyber security plays in our digital economy, and so we will continue to advocate reform to an outdated law – ensuring entrepreneurs can continue to innovate and develop cyber capabilities in the U.K.”

We encourage you to join us in showing your support by signing up now!