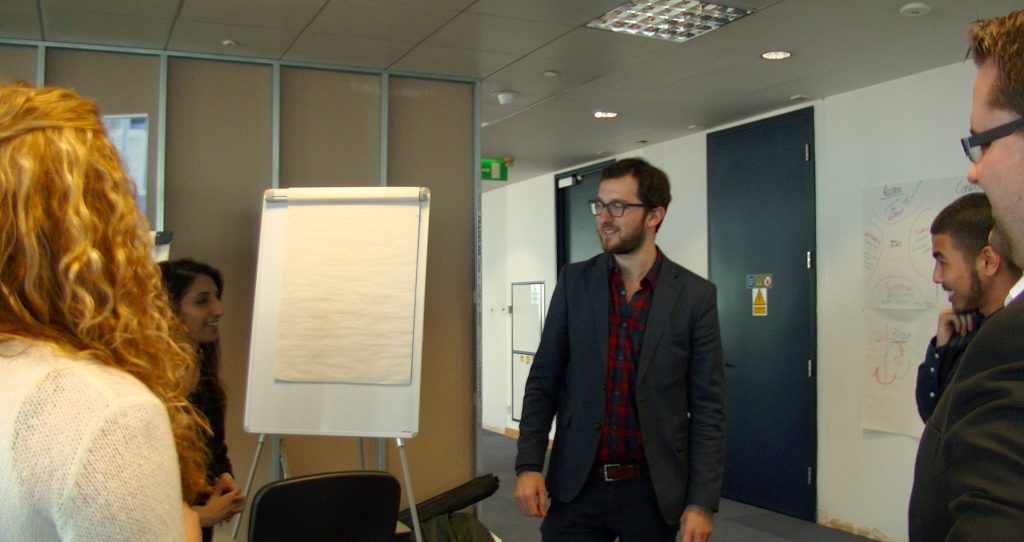 Former Level39 team-member Axel Katalan appeared in his new role as MyCheck’s UK Regional Manager. Axel was joined on the ‘Start Something’ panel by Sharla Duncan of Team Up, Beulah from Livity/Somewhere To, and Jason Gibbs from Compare the Uni.

This talented quartet of individuals had each ‘started something’ in their working life, and they fielded questions from the group of young people about building a business from the ground up.

“I told the young people that they should embrace failure and be proud of it. It’s only through failure that you learn and gain experience.”

Adizah Tejani, Level39’s Ecosystem Development Manager, joined a panel entitled ‘My Job, My Sector, My Career’. This panel allowed professionals from a variety of industries to explain how their sector works to the audience of graduates under the age of 24 who have been on Job Seekers Allowance for more than thirteen weeks.

Adizah flew the flag for London’s tech industry, and was joined on the panel by Ashley Elizabeth Ball from The Young Foundation, Emma Howard from The Guardian, Amina Begum from Department for Work and Pensions, Eshaan Akbar from Merton Council, Seb Royce from Rockabox, Bobby Seagull from Oxfizz, and Alex Swallow from Young Charity Trustees.

The programme was hosted on the 42nd floor of One Canada Square, also known as the High Growth Space – where Level39 graduates relocate to when they reach a certain size.

Everyone at Level39 wishes the Fastlaners graduates the very best of luck in their future pursuits!

Get Expert Mentorship at Internet World