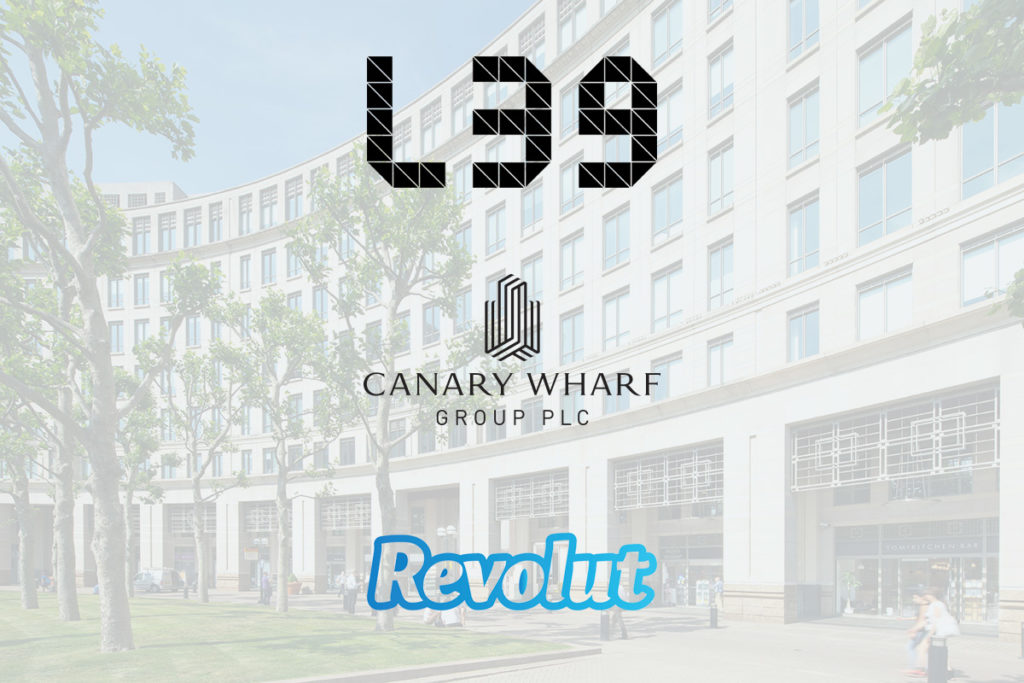 Starting here in 2014 with just a handful of hot-desks, the company grew rapidly, now employing closer to 350 in both the UK and abroad. The business gained early recognition for its pioneering approach to eliminating foreign exchange fees and providing a whole host of banking services for users with no sign-up fee.

The business took an office at Level39 after the first year, and quickly expanded to take up a large portion of Level39’s High Growth Space: 24.

Following a conversation with Level39’s owners, Canary Wharf Group, the team were provided with a high-quality office in the Columbus Building – just a few minutes from Level39. The Revolut team are still a welcome group – keeping a hold of a number of Level39 passes, just in case they want to come back and meet with their former community.

The Columbus Building is already home to a number of successful Level39 ScaleUps including Digital Shadows and Motive Partners who all took space this year.

Find out more about the Columbus Building here.