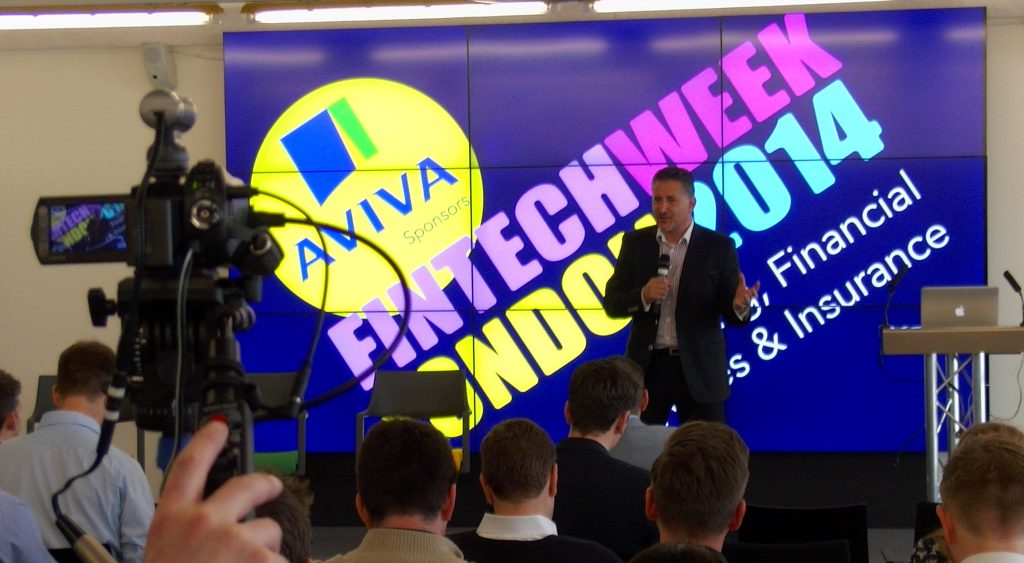 Head of Level39, Eric Van der Kleij, announced the partnership in his introduction event to the Avivia-sponsored conference. The agreement enables members of either accelerator to use the each other’s space when doing transatlantic business. It is a genuinely exciting and timely agreement, coming one day after Tech City News dubbed London the fintech capital of Europe.

Enthused with the agreement, Eric said “During Level39′s first year as Europe’s leading centre for FinTech innovation, we have learnt that our companies have the potential to transform the financial services sector on a global scale. As we enter our second year, we will focus on shining a light on the FinTech sector, and better connecting our companies internationally. FinTech Week is the ideal platform for Level39 to announce its new partnership agreement with the Fueled Collective of New York.

“This gives our FinTech members an important transatlantic gateway through which to expand their businesses into the global financial community, and offers US startups a route into Europe.”

Rameet Chawla, founder of The Fueled Collective and key figure in New York’s startup scene, told us that, “New York and London are two of the world’s leading cities for tech startups, and this is just the first step in a partnership that we hope can be an example to other accelerator spaces in the US and UK, and around the world. The digital economy is one of the fastest growing spheres of the market – and we need to nurture this growth to stay ahead of the curve.”

Keep your eye on the fintech collaborations between London and New York throughout the year.