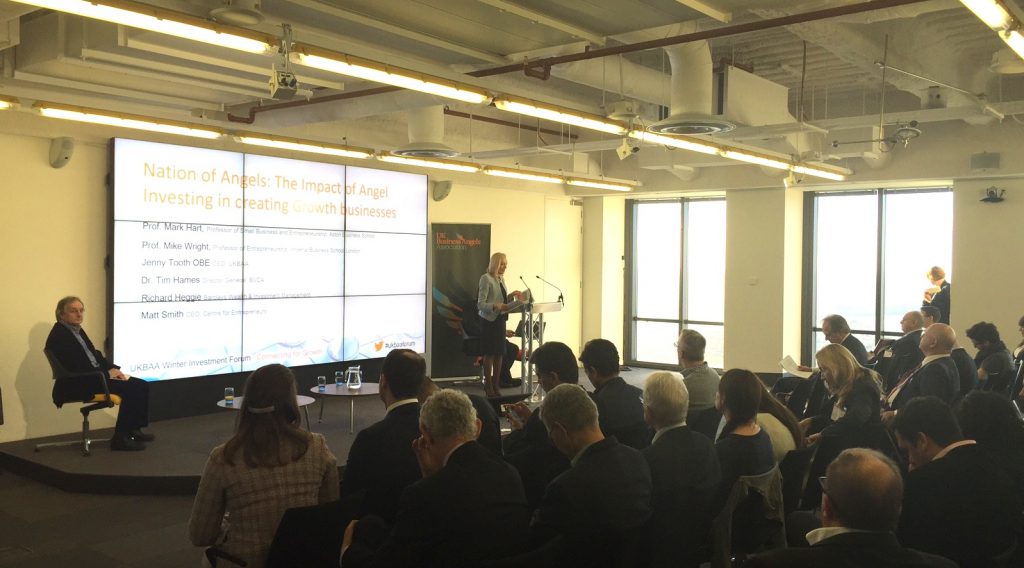 The Centre for Entrepreneurs & UKBAA today released their ‘Nation of Angels’ report from the Level39 stage.

Jenny Tooth, CEO of UKBAA, introduced the report. The ambition of the report is to answer a few key questions: who are the UK’s angels? In which type of companies do angels invest? How useful is EIS/SEIS? How do angels co-invest with other sources of finances?

Richard Heggie, of Barclays Wealth (who made a financial contribution towards the report), took to the stage to drill into some of the findings.

John revealed that there are now far more female angel investors than there have ever before. Additionally the average age of an angel investor is also lower than previously recorded. Even though these are both positive steps, it was pointed out that over 85% of the UK’s angel investors are male.

Another theme that the report has delves into is the common phenomenon of co-investment. This doesn’t only mean that early and later stage investors are collaborating on investment rounds, but also that angel investors are findings ways to work with the crowdfunding platforms and alternative funding providers that have entered the landscape.