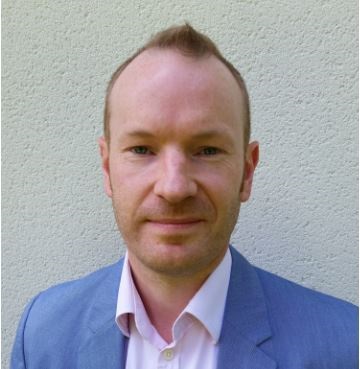 With almost 25 years’ experience gained working across a number of tech and consulting verticals, Garry Leacock kick-started his career in academia as a doctoral research assistant. Here he was exposed to the complex world of mathematical modelling and simulation of helicopters, and it was during this time that he got his first proper taste of developing and deploying code.

Upon leaving academia Garry spent seven years as a consultant to the UK defence industry expanding his technical development and coding skills by building computer models of flying munitions, with trajectories plotted in a simulated, one-on-one, aircraft battlespace.

Having a desire to work across other business verticals, Garry then moved to one of the world’s leading independent IT and business process services firms for a three-year period. During this time, he held developer and tech lead roles on large UK security projects and gained exposure to a much wider range of technologies and platforms.

The next three years saw Garry steadily progress through aggressive agile adoption across a number of businesses and he was awarded official certifications in agile and project management, whilst consulting as a delivery manager for various clients in verticals  such as fintech, sports betting, travel and, UK tax & accounting.

By this time Garry had also gained enough experience with cloud projects and he took up his first senior management role as Head of CloudOps where, Garry oversaw the release of the first-ever suite of cloud-products for most of the UK’s major tax & accounting businesses.

Just over two years ago, Garry returned to fintech, and now works for the UK’s leading cash deposit platform, as Head of IT Ops. Like many businesses in this sector cyber security, risk management, governance and compliance are at the forefront of a rapidly expanding growth initiative. He creates a learning environment for individuals and teams and has supported and managed everyone from apprentice level through to managerial staff as well as multicultural, remotely located teams, whilst acting as a mentor for engineers and up-and-coming leaders.

Garry holds a PhD in ‘helicopter inverse simulation’ from the University of Glasgow and a BEng in Aerospace Engineering from Kingston University.