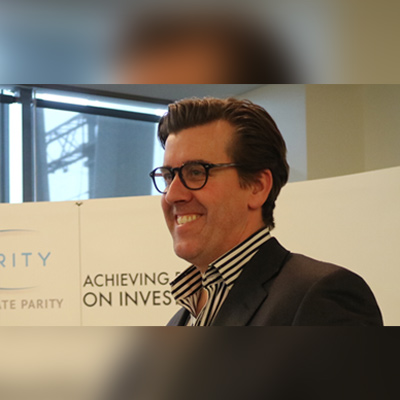 Rob has what might be called an “eclectic career” spanning multiple countries, industries and functions.  Currently he is consulting with corporate innovation teams to make sure they’re getting the most out of the tech companies that they are working with.  He is also obsessed with getting innovation teams to increase the throughput and speed of the process from Proof of Concept through to live. Rob is also an international speaker on such topics as working like a start-up and building agile organisations.

Rob recently left RBS where he was Head of Innovation for Personal and Business Banking for the last 2 years.  Prior to that Rob spent 3 years in the bank strategy teams looking at areas such as Invoice Finance, Customer Experience and Personal Banking.

Prior to RBS, Rob worked for himself doing consulting and interim positions. During this time he was involved in 3 start-ups so understands the feeling from the “other side of the corporate table.”

Rob spent 10 years in corporate roles in Finance and Marketing in both the US and Spain (Barcelona).  He ran the EMEA Consumer Marketing operations for 5 years.  He was responsible for all the planning, budgeting and tracking of marketing activities across Europe and the Middle East.

Rob’s first career was as fighter pilot with the US Navy flying F-14s from ships in various locations including deploying to Bosnia in 1993 in support of UN operations there.

Rob lives outside of London with 3 kids and enjoys watching his family grow up in an exciting world. He majored in Mathematics, has an MBA and studied International Marketing at INSEAD.