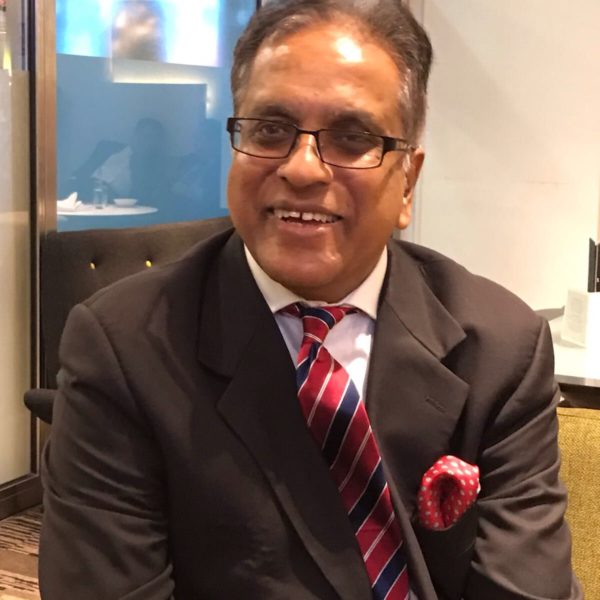 Datuk SK Lingam (SK) is an International corporate consultant. To his credit, he has awarded a Book Prize by the University of London for International Law and Affairs. He was the first Chairman of the ASEAN UK Business Forum a forum which was initiated 20 years ago by the then, their Excellency’s,  the Ambassadors and High Commissioners of the Association of South East Asian Nations (ASEAN) to the Court of St James’s. He remained elected & unopposed Chairman of AUBF since its inception & now it’s President.

Further SK was the immediate former First Vice President of ASEAN – EU Business Network, based in Brussels. AEBN was launched by the then EU Trade Commissioner & The Rt. Hon. George Yeo, the then Singapore Minister of Trade & Industry. SK is the founding member and first Chairman of Malaysian Link UK (MLUK) initiated in 2000. MLUK acts as a “think tank” on Malaysia UK relations as well as a sounding board and a voice for Malaysian diaspora in the UK in their dealings with both the Malaysian & UK governments and the British / European corporate sectors.

SK was acknowledged by His Majesty, the King of Malaysia with an award of the title “Datuk” akin to the British knighthood which carries the title “Sir”.

Over the years, SK has acted as a consultant for the UK and European companies with investment and trade portfolios in South East Asia, Asia, and Africa. He has represented many major Asian-based companies seeking investment and trading opportunities in the UK, Africa and in Europe and vice versa. SK through his corporate entities offers multi-disciplinary services which includes identifying joint venture (capital and technical) partners and investors for joint projects in various sectors such as manufacturing, property,  ICT, Hi-Technology, Environmental technology, Biotechnology, fund management and other enterprises in the UK, Europe, ASEAN, Middle East, India, Sri Lanka, Bulgaria and Africa where he was instrumental in forging closer political and economic ties between Malaysia and some African countries in particular Senegal, Nigeria, Ghana and Zambia.

Having been Chairman & now President of the AUBF for the last 20 years, SK has acquired expert knowledge of the ten countries of the ASEAN comprising of Brunei, Cambodia, Indonesia, Laos, Singapore, Malaysia, Myanmar, Philippines, Thailand, as well as Vietnam. For several years in the past, he was Consultant for the Selangor State Investment Centre (SSIC) and subsequently Consultant to Kulim Hi-Tech Park (KHTP), Kedah, Malaysia.

SK organised & sponsored under Malaysian Link UK, at the Malaysian High Commission on the 17th March 2009 an event to forge closer links between the British Conservative Party & Malaysians in the UK, when the Conservatives were in opposition. SK wanted then, that the future Conservative Govt to engage well & place Malaysia & Asean in their radar screen.  At that event, 3 prominent Conservatives shadow cabinet ministers were in attendance  namely The Rt Hon Richard Spring MP, Vice Chairman of the Conservative Party and The Rt Hon Andrew Mitchell MP, Shadow Secretary of State for International Development &  Lord Rupert de Mauley, Shadow Minister for Business, Enterprise and Regulatory Reform. SK took a pledge from them at that event, that a future Conservative Government would place Malaysia & Asean on their radar screen. As a result of this initiative today links between ASEAN & in particular, Malaysia & the UK are at an all-time high.

SK under Malaysian Link UK (MLUK) jointly organised with  Asia Strategic Leadership Institute (ASLI), with the support of the Malaysian High Commission, London, the  “Commemorative Conference: 60 Years of Malaysia-UK Diplomatic Relations” event on the 14th September 2017″.  The Hon Richard Graham MP, Trade Envoy of the Prime Minister of the United Kingdom  gave the special address. The Continued close people-to-people ties at the ground level and the revival of high-level visits in more recent years including that by the former Malaysian  Prime Minister Najib and the former Prime Minister Cameron and the Duke and Duchess of Cambridge attest to the commitment of both countries to nurture this relationship from strength to strength.  Britain’s recent Brexit vote and Malaysia’s pivotal role in ASEAN enables the strengthening of business and economic relations.

SK has also in the past held the position of Chairman and President of various UK community-based charities such as the Melting Pot Foundation, the Afro-Asian Rehabilitation Centre, the West Indians Women Association to mention a few.

SK is a staunch supporter of the Macmillan Cancer Support and British Heart Foundation charities. His interests include reading, theatre, cinema, classical, contemporary music, gym, Formula 1 (Mercedes) and he is a die- hard Gooner (Arsenal) and England football, cricket and rugby supporter.