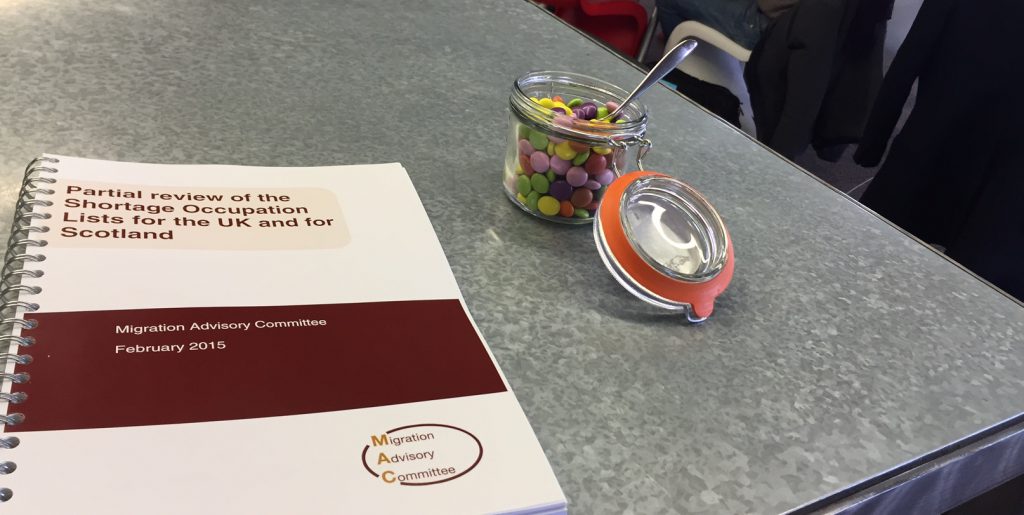 The Migration Advisory Committee’s partial review of the Shortage Occupation Lists was today announced at Level39.

The MAC offers independent, evidence-based advice to government on migration issues. In September 2014, the MAC was commissioned to carry out a partial review on the list of shortage occupations.

The chair of the MAC, Sir David Metcalf, was keen to highlight the work that the MAC has been doing with the technology sector, explaining that

“Our extensive consultation with the digital technology sector revealed that smaller companies are struggling to compete with large firms when it comes to employing the most experienced and specialist staff. Companies told us there was a lack of UK experience in a variety of jobs, and that they were keen to bring in staff from outside the EEA to take up these roles and train UK staff”

Sir David detailed that the MAC’s consultation revealed that, amongst other things, the tech sector has a requirement for senior developers, data scientists and cyber-security experts with five years experience or more.

You can read the review in full here, which includes all of the recommendations for the tech and other sectors.