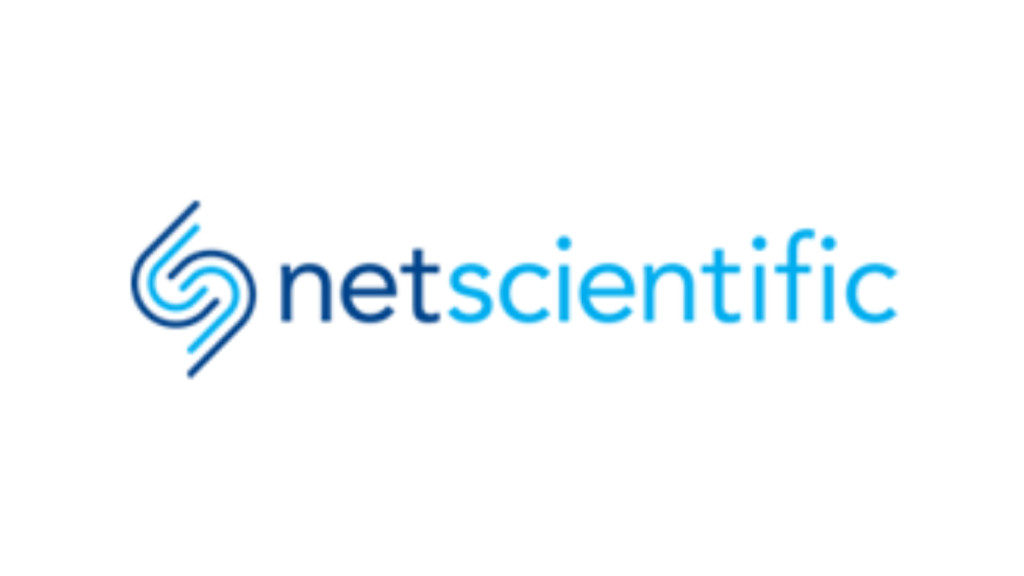 NetScientific plc, the international life sciences and sustainability technology investment and commercialisation Group announces the conditional acquisition of a 30 per cent. stake in Vortex Biotech Holdings Ltd (“VBHL”) (the “Acquisition”). The Acquisition is conditional upon the receipt by Deeptech Disruptive Growth Investments Ltd (“Deeptech”) of a customary HMRC tax clearance relating to the restructuring of VBHL. Upon completion, immediately before the Acquisition, of the proposed restructuring described below, VBHL will be the owner of c.95 per cent. of Vortex BioSciences, Inc. (“Vortex US”) and 100 per cent. of Vortex Liquid Biopsy Solutions Limited (“Vortex UK” – together “Vortex”).

Background to and rationale for the Acquisition

The Group previously held a c.95 per cent. interest in Vortex US, however the Company’s previous management opted to sell this interest (together with historic debts of c.$33 million) to Deeptech on 22 March 2019 as it concluded that the Group was no longer in a position to provide financial support to Vortex US.

The sale to Deeptech was managed by EMV Capital Ltd (“EMV Capital”) (which at that time was not owned by NetScientific). Thereafter, EMV Capital entered into a fundraising and incubation support services agreement with Vortex US on 16 June 2020 (“Services Agreement”) and a management agreement with Deeptech on 5 August 2020 whereby, EMV Capital agreed to provide certain investment advisory services to Deeptech in respect of, inter alia, Vortex (“Management Agreement”). EMV Capital was subsequently acquired by NetScientific on 24 August 2020 and is now a fully owned subsidiary.

The Board has opted to re-acquire a strategic stake in VBHL given its clear business, operational and technology development roadmap, which will drive commercial growth in research, lab services and clinical trials for fast-growing US and EU oncology markets. The acquisition is in line with the Company’s strategy of deepening stakes in selected portfolio companies with high return potential.

Vortex, which has benefited from c.$38.5 million in historical investments, is an innovative Trans-Atlantic company operating commercially at the junction of the rapidly growing liquid biopsy, cell analytics and oncology markets. Vortex’s mission is to be the innovation leader in Circulating Tumour Cell (“CTC”) capture – providing researchers and clinicians access to critical insights from whole cancer cells that underpin one of the main causes of metastasis, treatment resistance and disease recurrence.

Originally a spin-out from University of California, Los Angeles, Vortex is now dually based in Cambridge, UK and the Bay Area, US, with a growing international customer base using its automated VTX-1 instrument and generating recurring revenues from disposable cartridges. The company has an innovative “no touch” microfluidic chip technology.  It is differentiated because it quickly captures viable, intact CTCs from blood with high yields, which then enable valuable follow-on analysis. This in turn is a key component in cancer research and expected to drive liquid biopsy approaches.

Vortex’ VTX-1 platform has been placed and used for KOL published research in leading University and Research centres in the US, UK and EU, including UCLA, UC Berkeley, Stanford University, Ghent University (Belgium), University of Maryland, and Ecole Polytechnique Federale de Lausanne. In addition, the company is now seeing growing demand from biotech clients. The company has developed several workflow integrations of the VTX-1 instrument with third party instruments, opening further commercialisation opportunities.

The company’s development is taking place in a growing market. The liquid biopsy market size was valued at $8.1 billion in 2021 and projected to surpass $26.2 billion by 2030 growing at 14 per cent. over the period (Precedent Research). To exploit these opportunities, and after the completion of the Restructuring, the company plans to execute a transformative fundraising.

Strategic and Operational Changes in Vortex

Upon the acquisition of Vortex US by Deeptech in March 2019, Dr Ilian Iliev was appointed as Chairman. The aim of Deeptech (and Dr Iliev as Chairman and EMV Capital as a fundraising adviser and investment adviser) was to progress the Vortex business from an R&D business into a commercially and growth focused business, and to prepare it for scale-up and further external fundraising. Activities over the previous three year period have included: business development, in particular for product and cartridge sales and leases to University and Corporate clients; reducing operational costs; placements with key opinion leaders; preparing key system components and their supply chain for scale and future clinical applications; and planning CTC capture service lines of business. To commercialise the technology in UK and Europe, Vortex UK was incorporated on 20 June 2020 as a sister company to Vortex US (both owned by Deeptech), and a UK-based CEO was hired to lead Vortex.

NetScientific’s Directors believe that the Vortex business has now been materially de-risked and has made significant commercial and operational progress, placing it in a stronger position than in 2019. The Board is accordingly delighted for the Group to be in a position to re-acquire an interest in Vortex.

Principal details of the Acquisition

The Acquisition is conditional upon tax clearance being provided by HMRC to Deeptech in connection with a pre-Acquisition restructuring (“Restructuring”), primarily designed to result in VBHL (a company newly incorporated on 14 April 2022): (i) becoming the owner of a c.95 per cent. equity interest in Vortex US and a 100 per cent. equity interest in Vortex UK; and (ii) reducing and re-financing certain loans and debts of the Vortex business that are owed to Deeptech and certain of its associates. Should that condition not be satisfied (or waived by Deeptech) by 30 June 2022 (or such later date as the parties may agree), the Acquisition will not proceed.

The Restructuring shall take place on the second business day following the receipt of the tax clearance referred to above, and immediately thereafter the Acquisition shall take place.

The consideration for the Acquisition is £300,000, to be satisfied on completion by the transfer by the Group to VBHL of £300,000 of invoices (“Services Invoices”) to be raised to: (i) extinguish obligations of Vortex US to EMV Capital for services provided under the Services Agreement; and (ii) cover fees payable by Vortex US to EMV Capital in accordance with terms of certain loans made to Vortex US by associates of Deeptech.

In the 9-month period ended 30 September 2021, Vortex US and Vortex UK incurred a loss before taxation of £2.1 million, of which c.£1 million was non-recurring and related to a prior year adjustment on historical interest for the $33 million inter-group loans, and revenues of £0.12 million. On completion of the Acquisition, VBHL will have pro forma net liabilities of £3.5 million, based on the balance sheets of Vortex US and Vortex UK as at 30 September 2021 and after taking into account the assignment (upon completion of the Restructuring and therefore prior to the Acquisition) by Deeptech to VBHL of the historical inter group loans reflecting past investment into the technology.

The loans under the Loan Facility shall be secured upon the assets of VBHL (and if appropriate, Vortex US and /or Vortex UK) with effect from completion of the Acquisition, shall accrue interest at 8 per cent. per annum on monies drawn down and shall be repaid by no later than 24 months following completion of the Acquisition (or by 30 June 2022 should the Acquisition not complete). The commercial terms of the Loan Facility will, following the Restructuring, be the same as those of c.£4.4 million of loans from associates of Deeptech to VBHL.

Each of (i) the Services Invoices, (ii) the Acquisition, (iii) the New Services Agreement and the termination of the Management Agreement (in so far as it relates to Vortex) and (iv) the Loan Facility, being entered into with a company controlled by a substantial shareholder of NetScientific, represents a related party transaction in accordance with the AIM Rules for Companies. The Directors, excluding Dr Iliev by reason of his interest in Deeptech (the controlling shareholder of VBHL), consider, having consulted with WH Ireland Limited, NetScientific’s nominated adviser, that the terms of each of these transactions are fair and reasonable in so far as shareholders of NetScientific are concerned.

John Clarkson, Chairman of NetScientific commented: “NetScientific is delighted to secure this excellent transaction, which captures both significant value and substantial upside potential in Vortex, which has over recent years significantly strengthened and de-risked its business proposition. It marks another important milestone for NetScientific, completing the turnround and the structured implementation of our strategic growth plans. This 30 per cent. stake in Vortex fulfils our criteria for deeper involvement in selected portfolio companies, focused on delivering enhanced shareholder returns.”

“The capture and enrichment of CTCs is becoming a critical element of cancer research, complementing general tests for cancers based on circulating tumour DNA (ctDNA). Vortex’ CTC capture approach allows the full potential of CTCs to be realised, especially for hard-to-treat and recurring cancers where targeting personalised medicines and ongoing, frequent monitoring is seen as crucial for future cancer pathway improvements. Therefore, the Vortex technology – validated by 20+ peer reviewed publications – has the potential to change the way we treat cancer and improve outcomes for patients.”

ProAxsis announces the approval of a key US patent