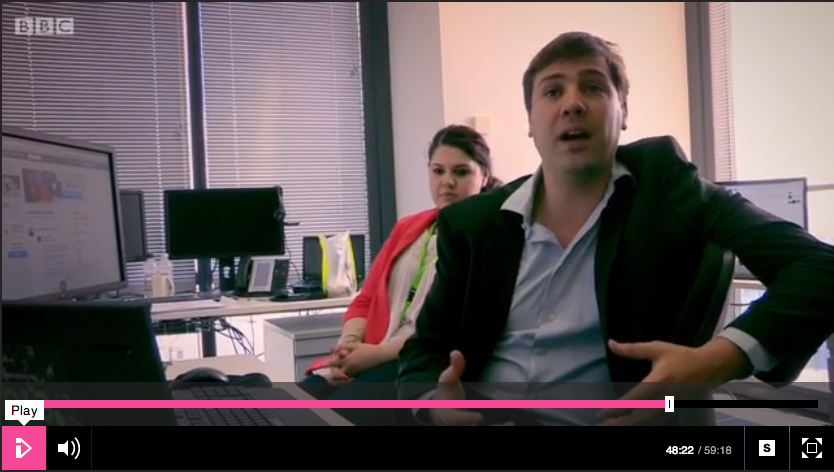 Level39 members eToro are leading a new generation of trading, according to the BBC.

eToro starred in BBC2’s documentary on trading and investment. You can catch up with it here on iplayer. Fast forward to 47 minutes for eToro’s feature.

eToro’s CEO Yoni Assia was interviewed by the BBC at Level39 in May for the programme that aired last night.

Yoni spoke at length about how eToro democratises the trading and investment process by adding a social element. “Social trading is for a generation that are used to sharing everything on social”, Saskia Reeves, that narrator, explained.

Yoni commented that traditional trading methods did not lead to transparency of information, whereas social trading completely changes that, “instead of two people understanding and knowing about an idea, suddenly 3.5 million people can know about it.”

“There is a new wave of trading activity erupting alongside established banks and brokerages”, Saskia explained, before describing the Level39 member community as “a new breed of canny pioneers that want to transform the worlds of finance and technology.”

and a tight-shot of Axel Katalan’s face. The former Level39 team member was never too far away from the limelight…

L39TV: “If you’re good at making money, do it for other people” – Darwinex

#MeetOurMember – Obrela: It’s not if you get hacked, it’s when

videodesk: Why do we need human interaction?