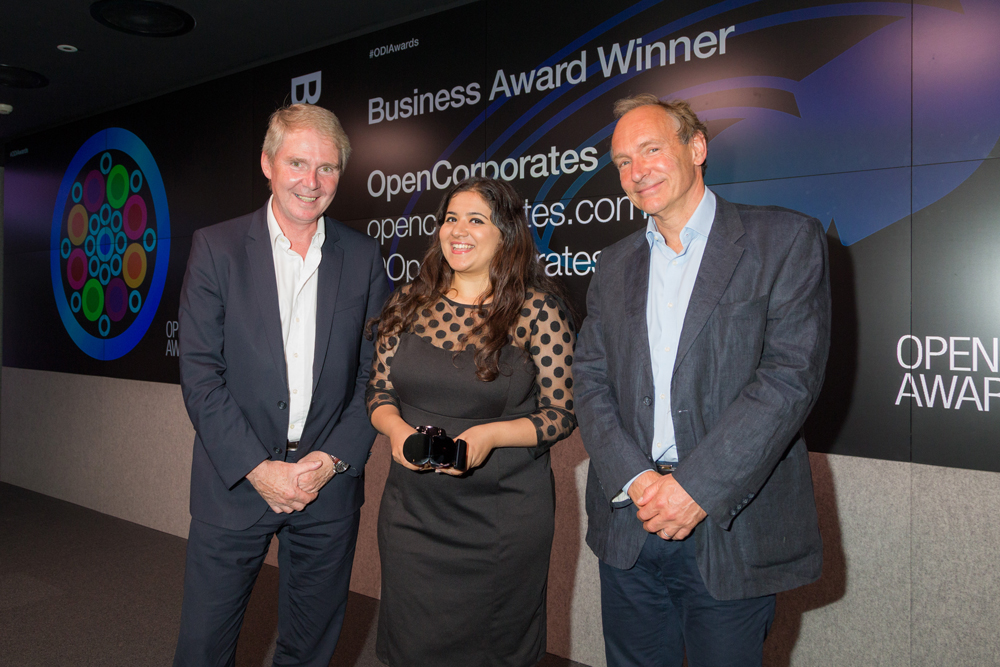 OpenCorporates, the Level39 member which maintains an open database of companies, has won the ‘Open Data Business’ award at the ODI Open Data Awards ceremony.

The award, hosted at Bloomberg, looks to celebrate innovation and excellence in open data across the world.

The ‘Open Data Business’ award is given to businesses which use open data to transform business. Also nominated were Oxford Consultants for Social Inclusions and Open Data Nation.

OpenCorporates now boasts more than 85 million companies in its database across 105 jurisdictions. It is also proud to count The World Bank, LinkedIn, The US Government and Stripe among its clients.

The business, which launched three years ago, is now used daily by journalists, anti-corruption investigators, law enforcement and banks.

In addition, OpenCorporates is also developing a community around opening up corporate data. The #FlashHacks campaign encouraged the crowd-scraping community to deliver 10 million data points in 10 days.

Read Chris Taggart, CEO of OpenCorporates, talk about the award, and more, here.

Level39 members CityFALCON and Huddlestock team up on stock data