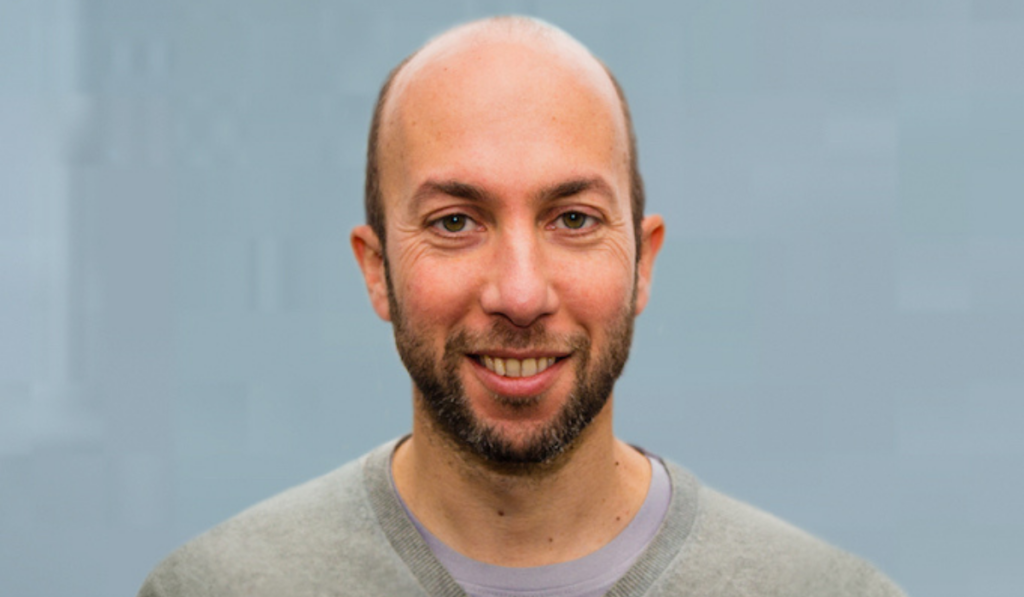 Applied Blockchain from the beginning

Six years ago, Adi Ben Ari founded Applied Blockchain and has since expanded his team of technical experts, building solutions for clients using blockchain technology. Back then, the term ‘blockchain’ would be unfamiliar, but today with the growing interest in cryptocurrency, it is now becoming a household term. Six years later, Adi and his growing team are busy as ever – producing high-quality, purpose-built blockchain solutions for an array of clients.

Whilst many have heard of blockchain technology, fault lies in the lack of education and understanding around it. Adi began by emphasizing the power it holds as a technology used to create digital assets. For the less advanced, blockchain technology is new a method for recording the things you own – hence currency being one of its main uses. Adi advocates the authenticity of this form of ownership record by explaining that it is managed by a whole group of incentivised parties, meaning it is much harder to compromise – creating a safer, more secure solution.

With the constantly expanding market, cryptocurrency is evidently very topical at present, with innovation playing a massive role over the past five years. With the rise of interest fueled by the media and the likes of Elon Musk, Adi and the team have experienced a surge in demand from their clients. Even whilst on Dad duty, doing the school run, Adi is approached by parents who are getting in on the Bitcoin hype and wondering where to invest their money. Adi commented, “The entire world is showing an interest, and there is an element of hype, which saw a peak in 2018, then a dip in 2019, and a rise again in 2020 and 2021 – now we are beginning to see more maturity in the technology and the market”.

Although the market is often seen as ‘uncertain’, Adi’s consistency has been driven by great relationships with loyal clients. Only a couple of years into his journey, Adi’s success was accelerated by one of his bigger clients, Shell, who invested in the company, contributing sufficient funds to allow Adi and his team to focus on R&D and advanced topics. This addition to the company’s portfolio gained an increase in interest from other VC’s (Venture Capitalists) and investors.

Adi’s relationship with Shell continues to this day, both as a client and investor – continuing to provide effective, reliant solutions. Adi explains, “We built a major solution for them for energy trading and this relationship has opened up doors for more opportunities and clients”.

It’s without a doubt that Level39 has played a prominent role in Adi’s journey with Applied Blockchain. After starting out six years ago, as one, and then two individuals, Level39 helped facilitate the growth of Applied Blockchain as they rapidly expanded. Not only does Level39 provide a well-equipped, modern office space, but in addition it opens up a wider network of connections to other tech startups and scaleups.

Adi met several of his clients here at Level39, including Babb, a financial services technology company, who had been at Level39 for a similar time. Babb had originally reached out to Applied Blockchain via their website, requesting services to build one of their first prototypes. During their first video conference call, they looked around the office and soon realised that they were looking at each other, and in fact both companies were in neighbouring offices in L39, “it just clicked, we started working together and they became a client”.

As well as meeting new clients, including Satoshi Systems, a Fintech focused on trade finance, Adi also met future partners and investors at Level39 including AimBrain who create biometrics (facial recognition on applications). Other collaborating companies include Kudelski who helped Applied Blockchain with security audits and XnTree, who took Adi on a once in a lifetime trip to Korea, gaining new connections and global contacts. Referring to expanding your network at Level39, Adi commented, “being in the same place as potential clients, investors and partners definitely helped us to raise capital, and Level39 as a place, has been a monumental part of Applied Blockchain’s story”.

Adi continues to talk about the importance of ‘watercooler conversations’ – the casual discussions that occur in communal spaces in the office just by being in the right place at the right time. These short, informal conversations are key to gaining new ideas, perspectives and innovation whilst making new connections. Adi adds, “This is the value of working in an office, being surrounded by people and the effective interactions with companies who may be going through similar situations”.

Furthermore, Adi acknowledges the pandemic lockdown struggles of not being in an office, “This is what we missed in the last year. Nowadays everything is a purposeful zoom call within a strict time scale, we jump from meeting to meeting without any casual, informal chat.”

With an abundance of experience and startup knowledge, Adi volunteers as a mentor for Level39. Not only is this a good opportunity for a lesser experienced mentee, but it’s a valuable way for mentors to learn about and witness new startups on the scene.

Whilst half of Adi’s clients are large corporates, the other half are start-ups who will often approach him for advice. This direct approach of sharing of knowledge and best practice has naturally lured him into becoming a mentor figure. “It becomes a relationship with advising them on different aspects of their journey, so it made sense to offer up mentoring at Level39 which would reach more people and help more companies”.

Adi goes on to mention the importance of carefully selecting the right mentor to ensure that it is someone who has experienced a similar journey. For example, a senior professional mentor from a corporate background will provide industry insights and open doors, although they may not be able to provide specific advice in relation to scaling their startup.

“What I’ve always wanted in a mentor is someone who has already made the mistakes I’m about to make, and who can advise me on how to avoid them – or on the other hand, tell me what worked really well. For me, that’s 90% of the value. A mentor should be able to talk about genuine experience and how to avoid real pain”. Adi continued to discuss the many mistakes and challenges he has faced over the years and how he hopes someone else can learn from these.

What pieces of advice would you give to both mentees and mentors?

Adi starts by stating that blockchain, being a massive industry innovation trend in the fintech sector, attracts many projects that are nonsensical to him, even though they often gain access to major capital. Adi ensures that the relationships he has with clients are built on honesty and transparency – only providing them with what they need, “we leverage our broad and deep experience to advise whether blockchain will actually add value or not – whether it’s worth the investment or whether they’re better off without it, and if the answer is to use it, then what would be the best approach”. Adi, with his incredibly humble nature, strives on honest appraisal, working with integrity and always adding value. He truly believes that the end goal of treating your clients well, will result in long game relationships, “instilling loyalty in client relationships is imperative for sustaining a reputable company and respected brand”.

With regards to advising mentors, Adi reiterates the importance of shouting about your mistakes and allowing others to learn from them, “the real value comes from the things you learn by doing – the mistakes will be inevitable and we’ve certainly learned a lot along the way. If we can help others to leverage those learnings and have a smoother journey, then we’ve done our job”. Adi continues to explain that the first time they raised money, they moved too quickly and did a lot of things they could have avoided including errors when hiring, “these are all classic mistakes which can be learnt from”.

The future of work for Applied Blockchain

As we gradually return to the ‘new normal’, many remain undecided on whether to return to the office, whether it’s full or part-time. Adi says, “if you want people back in, then the office needs to be something pretty special”. Adi, who does not live locally, has his reason for commuting to Level39 in Canary Wharf. “Firstly, it is a very special place because of the obvious physical properties – the views and communal areas. Secondly, the world class fintech community which speaks for itself, and lastly, it’s a great place to bring clients and partners.” Adi also acknowledges that there are diverse types of roles and some which can work remotely for the foreseeable, and some that simply cannot.

Adi is an advocate of getting team members back to the office, as he believes, “when it comes to technology innovation, people are more productive when in the same space”. He also adds that the element of business competition will drive some people back to the office, “I think competition will force some people back, because if I’m sitting here meeting potential clients, and my competitors are still on zoom, I’m creating better, stronger and more personable relationships. If it was the other way around, I would be concerned”.