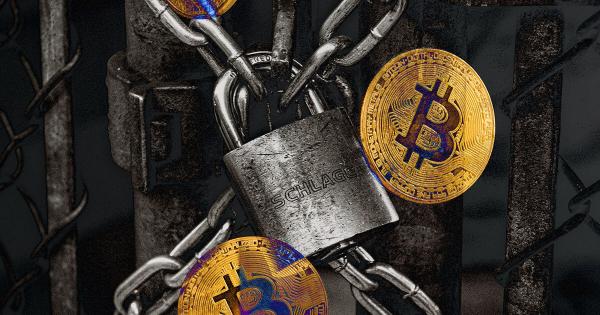 Bitcoin wallets are essential for storing, sending and receiving cryptocurrency. However, privacy is another important feature for some users.

Bitcoin wallets are necessary tools for purchasing, trading, and selling Bitcoin and other cryptocurrencies. Traders depend on them to securely store cryptocurrency as well as to preserve and verify transaction data.

While users may strengthen their anonymity by changing addresses on a regular basis and utilising different wallets, this can be time-consuming for the typical individual. Like capabilities are included into privacy-focused wallets, as are extra features such as Tor integration and multi-sig security.

In this article, we’ll look at five innovative privacy-focused Bitcoin wallets and their features.

Mercury Wallet is a Bitcoin wallet that is built on the new layer-2 statechain technology for Bitcoin scaling. As a result, the wallet may accept Bitcoin deposits with no transaction costs.

This is due to statechains, which allow for the off-chain transfer and settlement of Bitcoin transactions without the need for on-chain confirmation (mining). Since there is no mining involved, there are no mining fees.

As a consequence, users will be able to quickly transfer complete custody of an amount of Bitcoin to anybody. This enhances anonymity while also making Bitcoin more accessible and less expensive to use.

In simple terms, this wallet enables users to transmit and trade Bitcoin instantaneously and without incurring any transaction fees. Users may also transfer Bitcoin while remaining anonymous. The wallet is available only as a desktop wallet for Mac and Windows users and it only supports Bitcoin.

Mercury wallet makes use of the unspent transaction output (UTXO) protocol, which is the underlying technology that establishes value and ownership in a cryptocurrency like Bitcoin. The transaction ID (TxID), and the output index number are used to identify the UTXO.

The Mercury wallet system’s most basic purpose is to facilitate the transfer of ownership of individual UTXOs owned by a single key from one party to another without requiring an on-chain transaction. Instead of employing on-chain transactions, Bitcoin nodes allow for this change of ownership but do not allow for the output to be seized or frozen.

Guarda is a non-custodial multi-asset wallet that allows users to buy, store, send, receive and sell digital currencies. The crypto wallet has multi-sig security measures as well as private keys that are encrypted using a password that users create when they sign up for the wallet.

When users sign up, Guarda sends them a backup text file with the wallet’s encrypted private keys, which should be kept secure on an offline storage device. This key is needed for users to access their accounts, so it’s best kept safe.

Guarda Wallet has several features, including coin staking, multi-sig security, and compatibility for all of the top and current cryptocurrencies and tokens, including stablecoins like Tether. Tezos, Harmony, Cosmos, Callisto, Tron, EOS, and Komodo are among the coins that can be staked using the wallet.

Through its Shielded Wallet, the wallet provides specific support for Zcash. This lets users keep all of the privacy features that Zcash (ZEC) provides while also making payments and transferring the security token easier. The cryptocurrency wallet was created in partnership with the Zcash development team to ensure that its zk-SNARK technology could still be utilized.

The wallet also has a chrome extension that enables users to make online purchases, connect to blockchain games as well as connect to NFT marketplaces.

Wasabi Wallet is a non-custodial, open-source, privacy-focused Bitcoin wallet for Windows, Linux, and Mac. It has a built-in Tor connection, CoinJoin, and coin control privacy features. The Wasabi Wallet is only available on desktop computers and does not have a mobile version.

Because the wallet is non-custodial, users have complete control over their cryptocurrency. This implies that no third party may freeze or seize a user’s money. Users are still responsible for protecting and backing up their wallets.

By changing addresses, the wallet also makes it more difficult for anybody to snoop on a user’s balance and payments. Users should continue to use a different Bitcoin address each time they seek payment.

Privacy is also improved since when receiving or transmitting a payment, no information is given to peers on the network. Tor can also be configured and used as a proxy to prevent attackers or Internet service providers from linking users’ payments with their IP addresses.

This wallet suggests fees depending on current network circumstances, which may be overridden. This implies that this wallet will assist users in determining the proper cost so that their transactions are completed in a timely way without paying more than necessary. Users may also choose to override this suggestion.

Electrum was one of the first Bitcoin wallets, appearing at the end of 2011. It’s a lightweight, no-thrills wallet that’s simple to use while simultaneously providing a high degree of protection.

Electrum has a variety of features, such as hardware wallet compatibility and the option to change the Bitcoin transaction cost, as well as Replace-by-Fee (RBF) and Child-Pays-for-Parent (CPFP).

Electrum is not intended for newcomers to the blockchain ecosystem. It is intended for cryptocurrency traders and investors who are already familiar with how Bitcoin works. There are no animation instructions or walkthroughs, and the user interface hasn’t changed much since the wallet was released about a decade ago.

People who own Bitcoin and want a feature-rich wallet with a plethora of privacy options can benefit from Electrum. Electrum wallet does not advertise itself as a private wallet, but it does offer features that allow users to remain anonymous while being safe by default.

Users can establish new addresses and store their keys, but what distinguishes it is its ability to interact with a handful of the most popular hardware wallets, like TREZOR, KeepKey, and the Ledger Nano S. By extension, the wallet inherits all of these wallets’ functionality and privacy settings.

Samourai Wallet is a Bitcoin mobile app wallet that places a significant emphasis on user privacy and security. The wallet allows users to raise the transaction fee to speed up their transactions. The cost is set at the usual rate, but users may raise it to finish their transaction ahead of others.

Samourai employs a different address every time you interact with Bitcoin to secure your metadata and prevent anyone from identifying you, your transactional amounts, and the number of Bitcoins you hold. Tor and VPN support is another privacy-related feature. Users who use Tor or a VPN may use an anonymous IP address that is not associated with them or their location.

This is another transactional protocol feature that allows for anonymity while using public payment addresses. It operates by scanning a public payment code to establish a payment channel between two wallets. This produces a specific transaction on the blockchain that allows you to transmit Bitcoin to another wallet anonymously without knowing the recipient’s address.

This is another form of transaction that increases privacy and fungibility by baffling blockchain snoops. This functionality may aid in the prevention of transaction tracing. This may be useful when banks or exchanges halt suspected transactions.

Samourai’s wallet is only accessible on Android mobile devices because of its high anonymity and privacy features.

Bitcoin wallets are crucial for everyone who uses digital money. When selecting a privacy-focused bitcoin wallet, it’s preferable to prioritize features, ease of use, and accessibility (for example, what platform a wallet is available on).