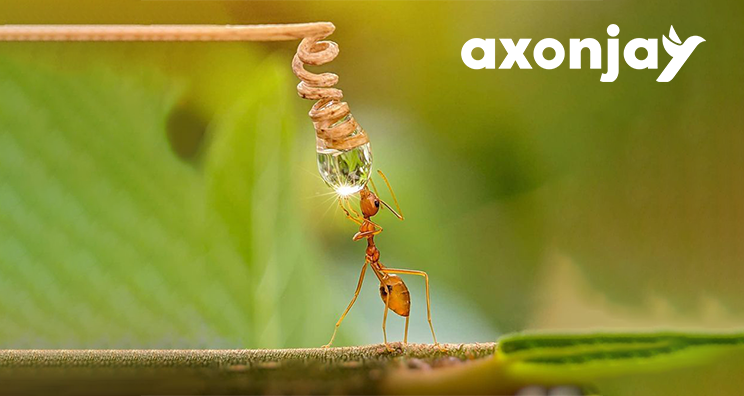 In today’s world, living without a purpose is denying your existence. When talking about AI or using AI, most of it is about the AI itself and rarely about its purpose. Why would you use it? Why would you need it? What is its purpose?

Our everyday life embedded with AI.

We are living in an AI algorithmized world, they are all around us and define our world. They suggest movies on Netflix, optimise the deliveries of amazon packages and even control the quality of the food we eat. These examples are beneficial for a lot of people, but other applications are just simply not.

It is common for companies to sell AI as a product instead of a tool. We are not going to mention any names here, but as soon as AI is sold as a product you should always be aware of why it is not going to turn out the way you want it. In short, it is missing its Purpose. And something without purpose we all know, it’s just something …

It can be that the solution is missing the essential domain expertise which can lead to unnecessary, over-engineered solutions. A great example of an unnecessary and over-engineered solution is the Juicero juicing press. This juicer used Juicero’s single-serving packets of pre-chopped fruits and vegetables and was connected to the internet to ensure users wouldn’t make juice with expired packets. This juice press wasn’t cheap with a price over $400. However, consumers quickly discovered that the juice could be squeezed out by hand and the expiration dates were written on them, making the juicer obsolete. After a teardown, the product was described as an unnecessary complex piece of engineering. This is an example of what can happen when you let an engineer tackle a problem without the necessary context. Every consumer who likes juice would have told Juicero their juice press wasn’t producing anything of much use to them, especially at that outrageous price.

This happened 5 years ago, but nowadays the same thing is happening with AI as a product. Companies are selling prefabricated, fixed solutions made by data scientists who are missing expertise and context. These data scientists are in fact deciding what is best for everyone, aka playing God. In the end, what you get is an over-engineered, expensive black box which isn’t designed to serve its original purpose. The ironic thing is that potential feedback, which serves as a way to improve upon, is handled by the same data scientists. This often exacerbates the initial (preventable) problem.

To know about the specific needs, you would be inclined to think the solution for the mismatch is an in-house developed data solution. However, this often turns out to be a relatively slow process where a lot of money, time and effort is spent on getting the right data for the job. Also (again), the data scientist is often working in a different part of the company working on data driven solutions for problems which are not his expertise. Data is used for ages in the same traditional way: we all ‘Lake’ the data. We look at this significantly different, the data is translated into signals which are perfect understandable and correctly interpreted by business. Those signals are revealing the ‘TRUE’ behaviour of a company …

To get the necessary experience to become an expert takes years of experience in the field. Hence, the first data scientist who is simultaneously an expert in all the fields where he needs to use his data skills, still needs to be born.

The ‘AI’ with mediocre quality.

The biggest hurdle for (AI) products is knowing about the practical side of a job with its specific challenges and problems. We’re not blaming anyone specific for this trend of suboptimal AI products. This is just a simple outcome of ‘doing’ AI without a purpose, or the purpose is just the AI itself.

These products are made, sold/bought and put into use as well as possible. However, AI is a means, not a goal. Hence, we think that a more mutualistic, symbiotic relationship between data science and specific expertise is the element that needs to be improved. It will result in products with a purpose and improved results.

The ‘true’ nature of AI.

What better way to get inspiration from than nature itself? Life on earth is simply the biggest optimization experiment which has been going on for 4,543 billion years.

Mutualism for example is a case of symbiosis where both organisms thrive better than they would do alone. Tons of examples can be found where working together results in an outcome which is greater than the sum of its parts. Since the release of ‘Finding Nemo’ in 2003, we’re all aware of the mutualistic relationship between clownfish and sea anemones. Where Nemo and his father can hide in the anemone for protection. What isn’t shown is that clown fish in turn protect the anemones from getting eaten by butterflyfish. Another one that I want to mention, is one you are all experiencing while reading this. It is the mutualistic link between gut bacteria and humans. The obvious benefit for humans is that gut bacteria help us digest food that we otherwise couldn’t. However, increasingly growing evidence suggests that they also play an important role in good mental health.

Another way organisms can influence each other is in a process called coevolution. This occurs when two or more species both affect each other’s evolution through the process of natural selection. A beautiful example is how insect-pollinated flowers coadapted with insects to get specific colours and shapes. This ensures pollination and in return rewards the pollinators with nectar and pollen. It goes so far that certain species of flowers only can be pollinated by one insect, the co-living is exclusive. In a less beautiful way this process leads to bacteria finding new ways to infect humans and the immune systems finding new ways to guard them off. Although, from an optimization perspective we could say that diseases and immune systems are improving and both evolve into an improved version.

In the end, natural selection is the main driver for both of these processes. It defines what traits are good and makes an organism more fit for survival and reproduction. However these two-organism interactions are interesting to highlight, because they are an inspiration to solve our initial problem.

How does all of this solve the data science? Well, Axonjay has developed a state of the art Self Machine Learning Platform™ which is inspired by nature and monitors true behaviour. First of all, there should be more mutualism between data science and field expertise. Which can be solved by giving AI as a tool to the expert instead of a static, closed ‘black’ box as a product. The expert gives feedback to AI models, making them coevolve into an improved version. In return, the improved model will give the expert a better tool to work with. It results in better insights and less time lost on non-essential tasks. It’s what we call an ’open’ box. This methodology bridges the data science – field expertise gap and it leads to AI which works as a tool for the expert. It gets its necessary purpose!

Sometimes it’s also good to look at times when humans were interacting with nature and screwed up. Which they did most of the times ….

Humans have tried to change the purpose of nature itself. However, you cannot change the purpose of a designed algorithm, it is destined to fail. We humans are good at changing designed purposes. This is a process that creates by-products and it’s always those by-products that are screwing things up for nature. (but that’s a different discussion, one about ecosystems)

For example, one of the historical problems in crop breeding is to focus on specific traits to make something more appealing as a product (colour, flavour, yield, etc.). The loss of variation in genes and organisms in agriculture result in what is called monocultures. These fields full of monoculture crops are easier to manage and produce uniform products. However, those crops often lost their resistance to diseases or pest outbreaks. Cavendish bananas for example, are threatened by fungal infections because they have lost their resistance. Although, the resistance is still present in their wild counterparts. In 2017 it has been shown that it is possible to use modern genetic techniques and reintroduce wild banana resistance in a fast and efficient way. However, this is a fix for something that could have been avoided to start with. The main difference why mother nature is so robust, is because of the genetic variety in the organisms it contains. Earth is one big ecosystem and even if a meteorite hits it and causes a mass extinction event (I’m looking at you dinosaurs), the variety inside the ecosystem makes sure that a part of mother nature survives. From this survival the next big thing can evolve. Nature has proven it is so resilient, that we always should seek for the solution ‘within’ nature!

The fundamental adaptiveness of AI?

Coming back to our AI models, the environment where we work changes constantly and it is possible for AI models to be similar to monocultures. They perform fine for the parameters initially thought to be important. However, a new problem can challenge the AI model and an attribute that was lost during its evolution is essential for solving it. If we consider all the AI models which coevolved based on the feedback of all the experts as a whole ecosystem, the essential attributes are never lost. The robustness of an ecosystem doesn’t need to completely rebuild AI models when a new challenge comes along. No manual reintroduction of attributes is needed like with the Cavendish banana. Mother nature always survives, improves, and adapts to new unforeseen challenges, even if it’s a meteorite.

Welcome to our Self-Machine-Learning Platform™ !

The Global Landscape of Embedded Finance