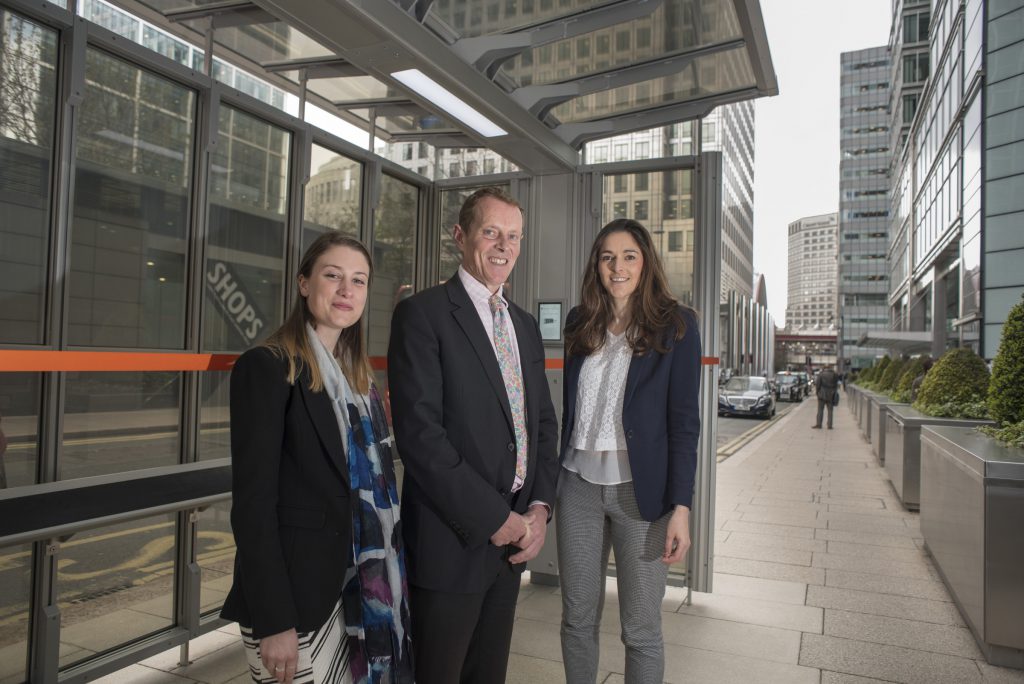 Polysolar, the Level39 member which develops and manufactures photovoltaic energy-generating glass, has installed its material on a bus shelter just outside Level39’s building, One Canada Square.

The glass generates clean renewable electricity in low and ambient light – energy which will be used to run smart signage and other infrastructure on the estate.

The bus shelter is capable of generating 2000 kW hours per year – enough electricity to power the average London home!

Polysolar, who are a former Cognicity challenge participant and current Cognicity Hub member join a distinguished list of smart city companies also trialling their products on the Canary Wharf estate.

Strawberry Energy has a number of a solar-powered smart benches on the estate, while Voyage Control is being used to organise freight deliveries into Canary Wharf.

Level39 gets on board the StartUp Bus