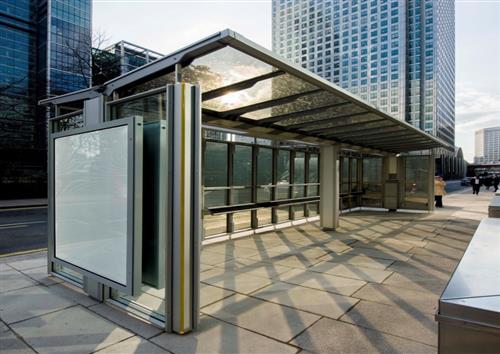 Level39 member and photovoltaic glass developer Polysolar has announced they are launching a crowdfunding campaign on Crowdcube.

Having participated in our 2014 Cognicity Challenge, the Polysolar team has been pioneering and developing their transparent building integrated photovoltaic glass technology, winning the challenge and piloting their glass in a bus shelter just outside Level39.

Their success with the LG Eco-City garden at this year’s Chelsea Flower Show, recently completed installations for Network Rail, Gloucester County Council, Bournemouth University, among others, as well as a growing overseas interest has driven the decision to fund the company for growth.

“We have decided to raise funds for the first time due to the significant increase in the volume and value of our sales pipeline. This working capital will take the company to the next level of service and growth globally.”

The campaign is live for one month, starting from Friday 8 June 2018 and has already raised over half of their target value.”

Level39 gets on board the StartUp Bus