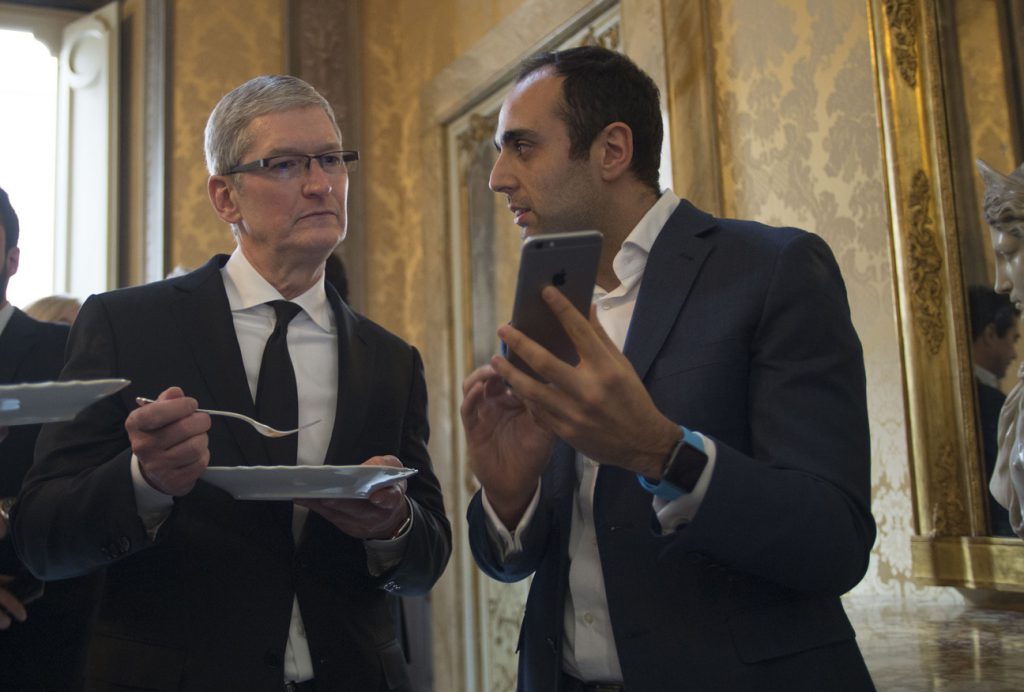 Qurami, the Level39 member which operates the world’s first mobile queueing solution, has strengthened its relationship with tech giant Apple.

The Qurami team were invited to Palazzo Chigi, the residence of Italian Prime Minster Matteo Renzi to meet with the PM and Apple’s CEO Tim Cook. The standing lunch with Cook (headline picture) gave Qurami CEO Roberto Macina the opportunity to speak in greater depth about the technology which enables users to remotely reserve a spot in line through a mobile application.

The moves comes shortly after Apple announced on January 21 that it will be opening Europe’s first iOS App Development Centre in Italy, the home-country of Qurami.

Roberto Macina, CEO and founder of Qurami says this in the Apple release:
“Apple’s continued innovation inspires us to create the best mobile experiences and make our customers’ lives just a little bit easier. Apple’s app ecosystem is the anchor for our business, and developing across Apple’s operating systems has enabled us to easily and quickly bring the Qurami experience to iPhone, iPad and Apple Watch users.”

Apple’s CFO Luca Maestri also visited Qurami, congratulating the Rome-based startup on their work and the usefulness of the app.

What’s Next for Retail Tech? #HackTheRack