Sherry Coutu: Why Girls Should Code 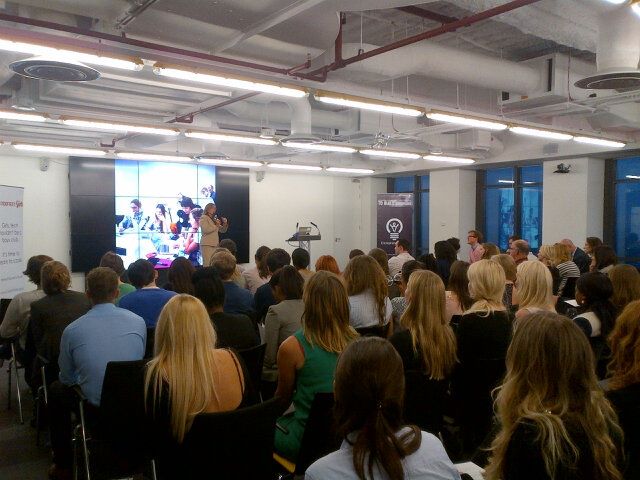 Over the last nine weeks, EntrepreneurFirst have been holding their first ever Code First: Girls course here at Level39. It’s a summer-long course that teaches young women how to code. Last night the inaugural Code First: First cohort celebrated their successes having a party at our place, and inviting a globally successful tech entrepreneur to speak.

Sherry Coutu is now an angel investor and advisor, but she had to start somewhere. Learning to code was the basis of her tech knowledge. Sherry’s expertise with the coding languages and her natural tenacity propelled her to build an extremely successful company, to become one of Wired magazine’s ‘25 most influential people in the Wired World’, and to make over fifty investments in startup companies.

As the night progressed, there was some extremely quotable advice on offer. Sherry Coutu lead the charge, but Entrepreneur First’s cofounders Alice Bentinck and Matt Clifford, & collected members of the Code:First Girls cohort also shared some useful advice on coding and entrepreneurship. Here’s the best of the bunch:

“People say that coding and computer science is the fourth science. It’s more important than that.” – Sherry Coutu

“There’s a company that I know that helps get women pregnant. That company wouldn’t be possible without algorithms, coding and data.” – Sherry Coutu

“Coding is a creative process. It’s like learning French, and then using French to write a novel.” – Alice Bentinck

“I’m walking away from Code:First with a hacker mentality. If you’re determined – and you use Google! – you can do anything” – Chloe.

“Coding is the right thing to learn. Yes, it is enabling – but it also enables you to start a business and to make money.” – Matt Clifford.

On behalf of Team39, we’d like to give Code First: Girls all of our support and congratulations. Great people. Great project. Don’t be strangers.

A Journey of High Growth