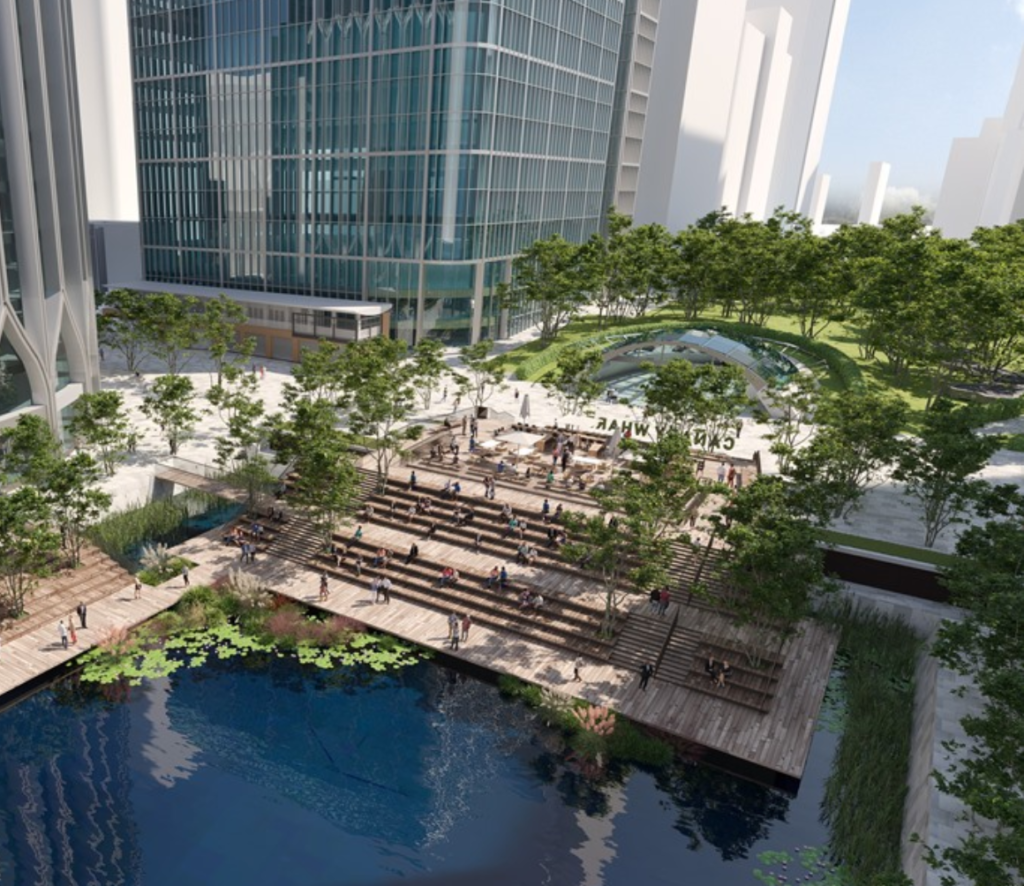 Canary Wharf Group (“CWG”), the UK’s largest sustainable developer, announces a partnership with the Eden Project (“Eden”), the first of its kind, to create a model of how biodiversity can thrive in urban environments. The unique and ground-breaking partnership will tackle the challenge of increasing biodiversity within Canary Wharf and provide Eden with a London base.

The Eden Project is an educational charity and social enterprise based in Cornwall, founded over 20 years ago. Its global mission is to create a movement that builds relationships between people and the natural world to demonstrate the power of working together for the benefit of all living things.

As part of the partnership, the first project will be the creation of a green spine through the centre of the Canary Wharf estate with additional green public realm, parks and gardens, waterside access, performance spaces, new bridges, boardwalks and floating pontoons. It will animate the docks with new spaces for arts and culture, and for water sports such as paddle-boarding, open water swimming and kayaking. 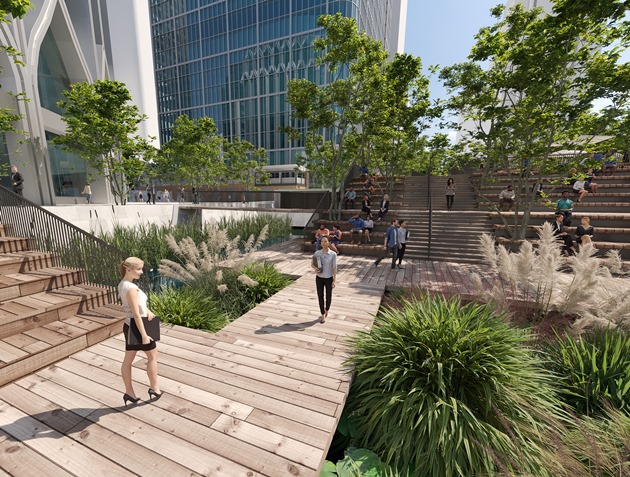 The ambition for the partnership is for Canary Wharf estate to become a global example of best practice and innovation on biodiversity in a dense urban environment, living and working in harmony with nature. Through this collaboration, the partners will be able to share what they learn through their actions at Canary Wharf to help other cities around the world work for nature as well as people.

Sustainability is at the heart of CWG’s vision. The partnership will ensure that CWG delivers biodiversity net gain in its developments. CWG has a strong track record on sustainability, consistently achieving high sustainability ratings for its buildings and building more sustainably certified space than any other UK developer. CWG has purchased 100% of its electricity from renewable sources since 2012 and sent no waste to landfill since 2009.

As it looks to the future, this partnership will build on CWG’s achievements and commitments including a 49% reduction in Scope 1 and 2 emissions since 2012 and a commitment to achieving Net Zero by 2030.

Award-winning architects, Glenn Howells Architects, will assist in developing an overall masterplan vision for the existing public realm and waterways at Canary Wharf. Glenn Howells’ approach is to consider the wellbeing of the individuals and communities that use spaces, helping to ensure that this project realises the ambitions for urban environments as set out by the partnership.

From this summer, Canary Wharf will become Eden’s London home, creating a base from which the charity can extend its activities across London and engage with the corporate sector.

Shobi Khan, CEO, CWG said: “Our urbanising world cannot become sustainable until cities work for nature as well as people. In partnering with biodiversity expert, the Eden Project, CWG will accelerate thinking and action on how urban environments can be re-designed with nature at the heart.

“Sustainability has been front and centre for CWG’s buildings over the last 20 years. We already have over 20 acres of parks and gardens and 5km of waterside paths. Our partnership with the Eden Project will ensure these spaces and new areas support the ecosystems that people and nature depend on as we bring transformational change to the estate.”

David Harland, Chief Executive of Eden Project International, said: “CWG and the Eden Project are both based on the transformational redevelopment of a former industrial site into a world-renowned icon of regeneration.  Our exciting new partnership feels natural and vital. Eden’s known track record in sustainability leadership aligned with the Canary Wharf Group’s consistently high sustainability ratings for their buildings offers a great platform upon which to build on.”

“There is not a moment to waste. CWG and Eden are primed and ready to work together not just to make Canary Wharf a greener place rich in biodiversity, but also to share what we learn in order to bring nature back to other urban developments in the UK and across the globe.”