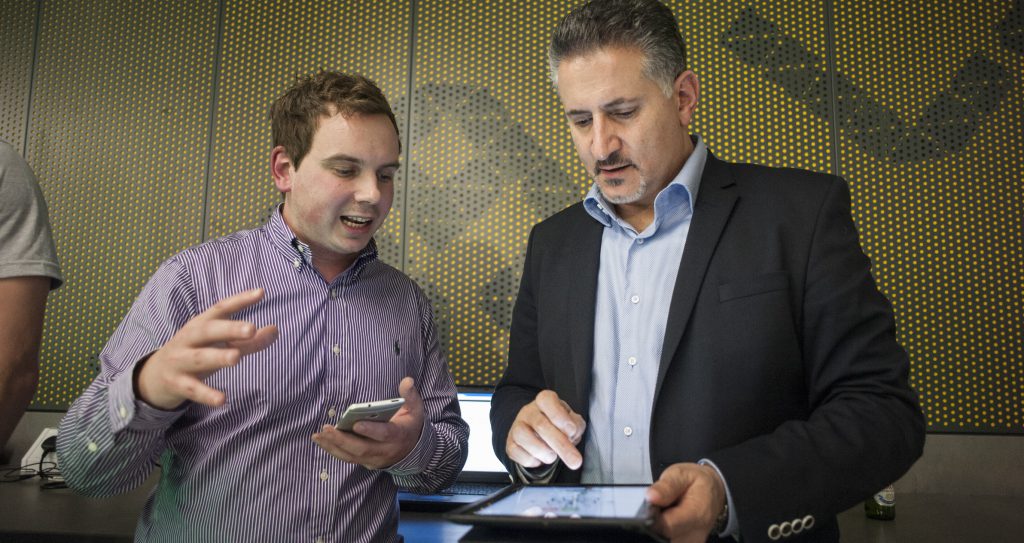 Last week, TheGoodWebGuide named Level39CW as its tweeter of the week. To celebrate this little piece of good news, we’ve picked some interesting tweeters-to-watch from the Level39 community.

We haven’t picked any company feed, these are all real people. So there’s always a chance you’ll see a pocket tweet, landmark selfie or a family dinner photo mixed in with the tech goodness.

@Adizah_Tejani – Ecosystem Development Manager at Level39 and devotee of the London tech scene, Adizah’s tweets are well worth following if you want to keep your finger on the pulse.

@bitaxel – Former Level39 teamster and now MyCheck’s UK guy, Axel is another active member of the tech community. A great follow if you like your tech news put through the katalan-filter.

@benjiwakeham – This Level39 member is regularly touted as a superstar entrepreneur of the future. Ben’s tweets mix startup news with erstwhile glimpses of his social life. Which looks brilliant.

@thegrumpyE – Level39 mentor David Murray Hundley is a treat. Combining a wealth of knowledge in entrepreneurship with his charming perma-chagrin, he’s well worth a follow. He’s not really that grumpy, either…

@bengoldsmith90 – let me come clean, I am Ben Goldsmith. I skipper the @level39CW twitter feed and use my own feed for Spurs, theatre and tweeting about elements of the news that interest me (which probably aren’t the important bits).

@bindik – Level39 mentor Bindi tweets a lot, and it’s all brilliant stuff. She is a major player in Europe’s startup scene, and tweets from more major conferences, events and launches than you can shake a stick at.

@yoniassia – Founder of eToro, Yoni has a tendency of taking long twitter holidays only to return with force. Great insight into the world of tech and trading.

@clairecockerton – the extremely busy CEO of Pivotal Innovations finds time to preach the good world about Level39, innovation and London’s place in the international tech scene.

@StartupAgora – Former lawyer and tech aficionado, Stefano Tresca is a globetrotting investor who mentors at Level39. A very well-connected gent who tweets are worth keeping an eye on.

@Brian_PixelPin – Founder of PixelPin, Brian likes to get his hands dirty in the London tech scene. Keep your eye on his tweets for a London-wide library of tech updates

@Naszub – When chatting over a quick drink, Level39 mentor Nasir is wonderfully outspoken. He’s has a whip-crack intelligence that can hit you like a cat o’ nine tails. His twitter combines some very well informed industry insights with clever prods at his chosen-adversary of the day.

And one for luck…

@ericvanderkleij – Eric, Head of Level39, has never tweeted (…well, he hasn’t yet)